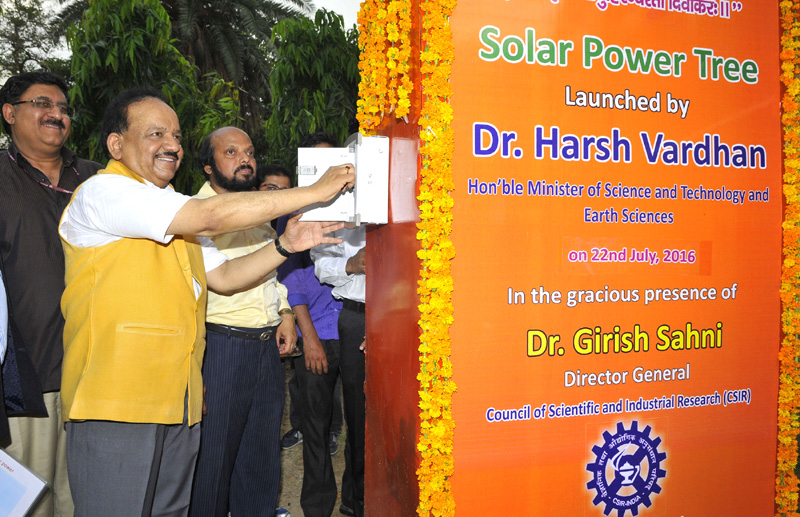 Dr. Harsh Vardhan, while appreciating the efforts of the scientists of the CSIR-CMERI, added that the Solar Power Tree innovatively addresses the challenge of increasing demand for Green Energy by gainfully utilizing scarce land resources in the country. Further, the Minister noted that in order to produce 1 MW of solar power it requires about 3.5 acres of land in the conventional layout of solar panels. Thus, for any State in the country to survive on green energy, there will be requirement of thousands of acres of land. Acquisition of land is a major issue in itself, he added.

Dr. Girish Sahni, DG, CSIR, also present on the occasion, informed that the device has been functioning effectively at three places in West Bengal as a pilot project. As a future prospect, the Solar Power Tree would be developed in a rotatable module, which would have a motorized mechanism to align itself with the movement of the Sun during the day. Hence, it would be possible to harness 10-15 per cent more power over and above the current capacity.