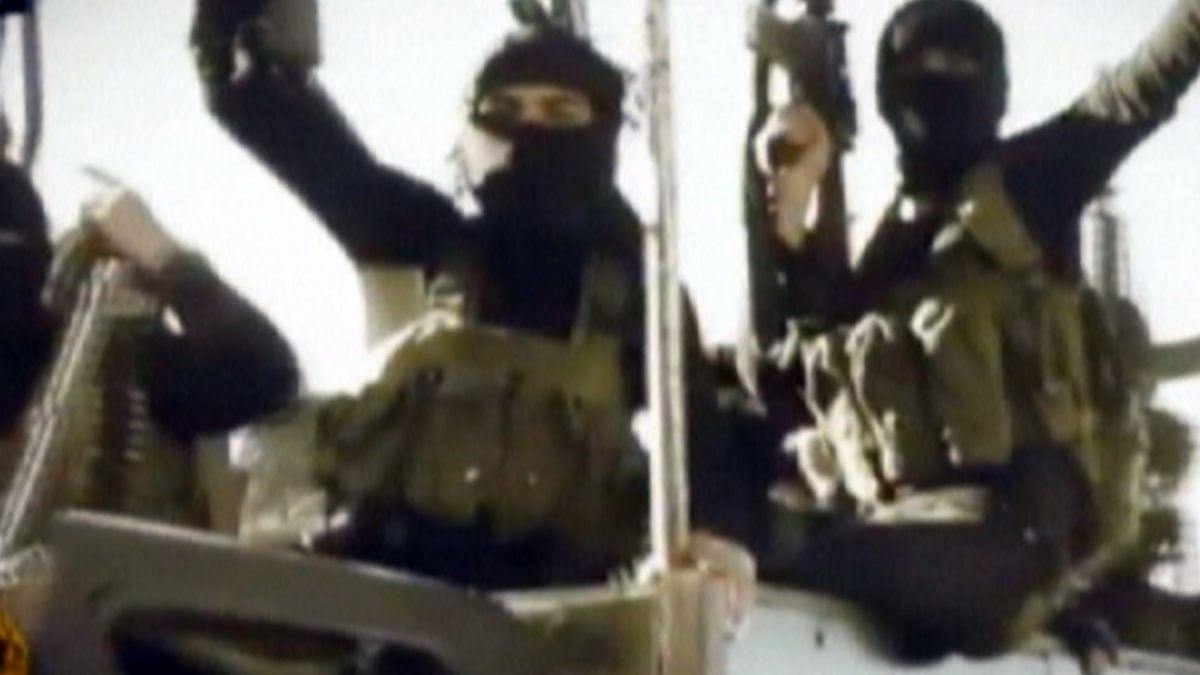 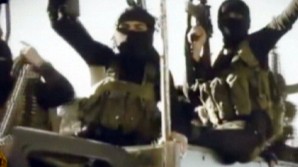 Senator Cruz asked the question: “Has the Obama administration ever provided ISIS with lethal weapons?” Inquiring minds would like to know! Pictured here: ISIS fighter (top left) armed with US M-16 rifle – which probably traces back through the US military to Iraq.

What he said was rather disturbing when you carefully consider his statement in light of President’s choice in this situation to arm radical Islamic rebels in Syria, affiliated with al-Qaeda to fight against the Assad regime:

It is an obvious question to ask, whether we have, in fact, armed these radical Islamic terrorists as well.

ISIS is much more than a local or even regional threat. They are among the worst of the radical jihadists who attacked us on September 1, 2001, and again on September 11, 2012. They are so bad, in fact, that the “core Al Qaeda,” as President Obama likes to call the terrorist cells in Pakistan and Afghanistan, have renounced them. Their goal is to establish a new Islamic caliphate in the Middle East and northern Africa, from Syria to Iraq. They have publicly announced that when they achieve their ambition in Syria and Iraq, their goal is to move on to Jordan, to Israel, and to the United States of America.

Because of their actions and their stated intent, it would seem a targeted mission to seriously degrade the lethality of ISIS could well be in the national security interests of the United States. Such an action would not require the commitment of American combat forces, but it would require a commitment from the Commander in Chief that this action would not be merely a symbolic message or an effort simply to perpetuate the al-Maliki government in Baghdad.

Instead, it would need to be an expeditious and emphatic demonstration of America’s ability to strike at the terrorists at the time and means of our choosing. If the President needs to respond to an imminent threat to the national security interests of the United States, or to act to an imminent threat to the lives of Americans in Iraq, he has the constitutional authority to do so. However, Congress has the constitutional authority to declare war. So if the President is planning on launching a concerted offensive attack that is not constrained by the exigency of the circumstances, he should come to Congress to seek and to receive authorization for the use of military force. A precondition for any such mission in Iraq should be the utter rejection of any partnership with the Islamic Republic of Iran on which the al-Maliki government is increasingly dependent”,  said Senator Cruz (Source: Congressional Record http://thomas.loc.gov).

Filed under: News, Politics
Share Tweet Pin G Plus Email
previous article: US Marines in Beirut in 1983 had “unclear mission, imprecise rules of engagement and no clear strategy”, said Richard Clarke
next article: ISIS is not simply a bunch of Sunni Syrians or Sunni Iraqis, they include “hundreds of foreign fighters”, warns Senator Rubio