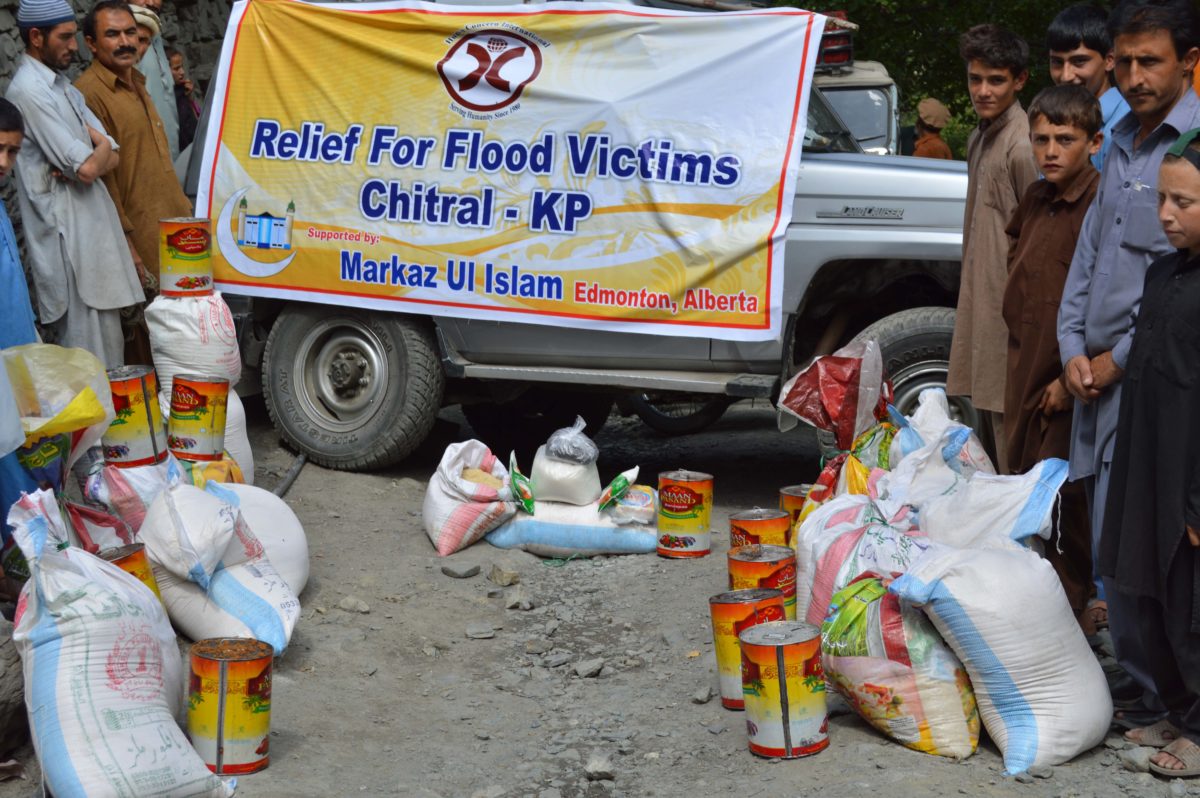 Relief goods food and non food item and cash payment distributed among flood victims.
By: Gul Hamaad Farooqi
CHITRAL: Relief goods consisting on food and non food item as well as cash payment distributed among the flood victims of Reshun, Drosh and Jughor. Humanitarian Concern International (HCI) in collaboration of Birir Development Organization Chitral (BDOC) distributed goods worth 1775000 and BDOC donated 930000. HCI working since 1980 as emergency relief for natural calamity hit areas and flood victims hence it has started its relief activities at Chitral for the last two years. Last year they distributed 4000000 (4 million) among the flood victims of Chitral. BDOC a national wise organization in different parts of the country also extended its services at Chitral. Talking to this scribe Atigur Rehman program Manager of BDOC said that they collected data from district disaster management authority and from line department after assessment of data they distributed relief goods through youth forum and village committees on Mosque level at affected areas.
He said that Drosh valley was in high danger of flood because Drosh goal nullah has been filled up by debris, stones and in case of other flood water might hit the valley. So they paid 500000 cash payment for excavator machine for channelization and de-silting the river to remove debris and stones to below its surface and save the population from flood. They compensated 25 people fully damaged affected and 72 partially damaged by giving them tin for rehabilitation and reconstruction of Reshun people. At Orghuch they distributed relief goods among 40 affected people, 49 at Jughor village. People of the affected area also thanked to Ali Nawaz country director of HCI for compensating the affected people of Chitral.
G.H. Farooqi C/O Manager bank Islami Main branch Chitral phone No 0943-320737, 0943-316052, 0943-414418 , 03025989602, 03337069572, 03159698446, 03469002167
email: gulhamad@gmail.com

Filed under: Automotive, Business
Share Tweet Pin G Plus Email
previous article: Bryant & Stratton College Online Hosts Webinar that Gives Tips on How to Find and Work with a Mentor
next article: Situation of UMP : the French Republicain Party