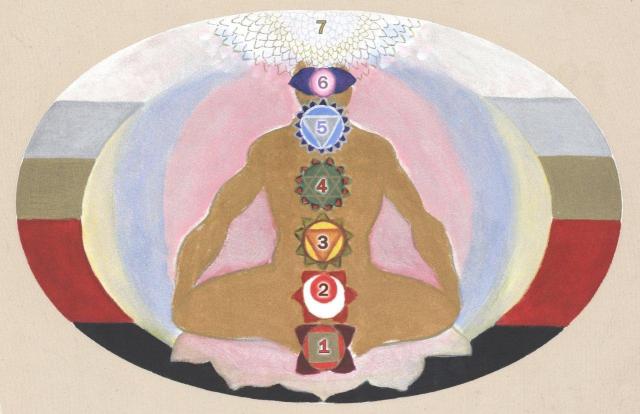 In 2009, when I was working at the hospital cancer center, I was called by a patient who wanted to sign up for a series of Subconscious Healing sessions.  She gave her name, a common woman’s name, and we booked the appointment.  Her voice sounded very gravelly.  Clearly, she was quite sick.

Much to my surprise, the woman turned out to be an elderly man in his late 60’s.  He joked about his name…”Yeah, yeah, very funny…a Boy Named Soo.  I’ve been getting ribbed about my name my whole life”.  Soo said he had just moved to the Northwest from Fiji and promptly got colon cancer.  “It was quite a welcome to the Mainland”, he said.  He had already been through surgery; approximately 4 inches of his colon had been removed and he had a colostomy bag.  As you can imagine, he hated that thing.  He was also ready to begin chemotherapy and was in the middle of radiation treatment. He was pretty scared.  The fear of dying was the first thing on his menu at the beginning of each day.

He was very worried and stressed, as many cancer patients are.  He badly needed to unwind.  So we spent the first session focused on relaxing.  To begin the calming process, as usual, I called upon the Life Force (i.e. a Higher Power, Chi, the Divine, etc.) to assist us in healing.  He drifted into a very deep state of relaxation right off the bat, which is rare for first-time clients who are under considerable stress.  I later learned he had years of Buddhist training in meditation, which obviously helped out.

In the ensuing moments, he was visited by a very strong and benevolent Presence, he referred to as Zee.  It was his version of a Higher Power.  Soo’s first experiences of Zee came to him while taking some healing arts classes in Fiji a few years previous.  His initial experiences were so intense and powerful he never forgot them.  He was clearly relieved and excited to be re-united with Zee at this time, with cancer looming in the foreground.

From that first session, it was clear to me what my job was going to be.  I was to open a pathway so Zee could do his healing work with Soo.

After the first session, Soo’s fear of dying evaporated completely.  Over the next six weeks, Soo’s experience of Zee was deepening and expanding.  He seemed to be going through some type of grand internal transformation.   Each week he returned and I gently guided him into deep relaxation; and there Zee would be, waiting for him.  Soo eagerly anticipated each weekly session.

The three of us (Me, Soo and Zee) delved into the adventure of healing and reframing Soo’s past; childhood traumas, addiction and fears.  At this time, I was also experimenting with sound healing (by using tuning forks) and hands-on healing.  It didn’t seem to matter what we tried, it all worked.  Soo was healing his emotional world from the inside out.  Since all was going so well, we turned our focus specifically to cancer.

Soo was able to run Zee’s energy through his entire body and aim it directly at cancer cells.  The experiences he was having seemed to be very captivating but we wouldn’t know for sure about success until he went in for a check-up with his oncologist, still many weeks away.

Then Soo dropped the bomb.  He came in and said, “I’m quitting chemotherapy.  It makes me sick and reminds me how I felt in my drinking days.  I can’t do it anymore.  Besides, the work we’re doing with Zee is going great.  We don’t need chemo.”  I balked hard.  I told him this wasn’t my recommendation and I was required to follow hospital protocol.  To be honest, I was chicken and didn’t want my work to hang out on a limb.  “This is my decision”, he said.  So we continued our sessions every other week.

The time came soon enough for Soo to go in for his check-up and get a cell count.  There was no cancer…I mean…no cancer.  Soo was astounded at what Zee and deep relaxation could do.  He tried to pin some of the credit on me but I just happened to be in the room at the same time.  Soo and Zee did all the work!

Then life began anew for Soo as it does for many cancer survivors who go into remission.  He began to life each day to the fullest, as if it were his last.

For Soo, that meant painting.  Creativity started to ooze out of Soo everywhere.  He started painting images of chakras, the human energy field and his spiritual experiences.  At first, I thought it was kind of cute, but as the weeks went by I noticed his paintings were getting quite good.  His artistic ability was going way up.  Again, he accredited it all to Zee; mostly because he painted in a trance state most of the time.  He said the paintings “just come through”.

Soo was still coming to see me for sessions about two times a month, when he dropped the next bomb.  “I’m going to get a reverse colostomy bag surgery and I want you and Zee to take me through it.”  Even though that kind of surgery was very rare, the surgeon said there was enough intestine left to sew the ends back together.  By this point, I just shrugged my shoulders and said, “Okay”.

We spent the weeks before the surgery working with Zee, infusing energy, and visualizing the best possible outcome.  The surgery went fine but Soo got staph infection afterward.  He was very weak, frail and jaundiced.  I was certain he was going to check out.  Much to everyone’s pleasant surprise, the ol’ buggar pulled through; with Soo’s (and my) heartfelt thanks to Zee.

I spoke to Soo not too long ago.  He’s still cancer free and painting away.  To see one of Soo’s painitngs, just check out the image attached to this article.