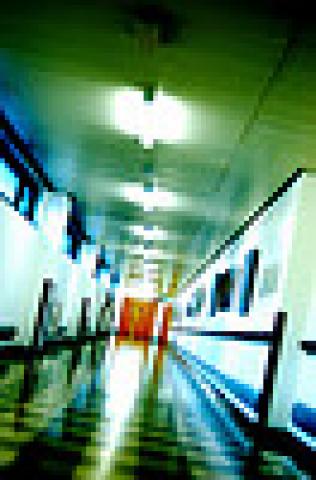 In several media sources today it was announced that a "draft" of some changes on the proposed health care reform legislation was "leaked" to the AP media stating that the liberal and moderate Congressional members in both the Republican and Democratic parties have now scrapped the proposed public health care "option" and instead have now included a new provision that would mandate fines for Americans up to an amount of $3,800 for those that do not carry their own health care coverage.

Since the cost of health care coverage at its now industry set rates are more than most Americans can pay of those that remain uninsured in this country (which this Administration has pegged at over 50 million, without any statistical or factual data supporting this number, many of which are actually covered under state plans due to their lower income levels or inability to get coverage by state laws already at taxpayer costs), this "solution" really is quite laughable at this point the lengths that this Congress is going in order to shove what is not at all a "reform" of health care at all.

Simply another illusion and Act of Congress that is meant more to feed the financial and insurance sector most of all.

Included within the article was a proposal by Max Baucus (D-Mt) that was pegged a compromise measure, which included the fines and legislation that would mandate that health care providers were precluded from turning anyone down for insurance, although could charge higher rates and fees for smokers or older Americans.

Although if history is any indication, I can see that those exceptions in the not so distant future will be the subject of literally decades of "revisions" on just which Americans can be charged higher rates and premiums until it eventually includes all Americans.

In short, nothing more than a corporate welfare scheme as it has always been in order to gain additional taxpayer revenue that Washington can use for discretionary expenditures, while the same time feeding the banking and financial sector once again at the American public’s expense.

Nowhere in this legislation is there any accountability, fines or regulation of those health care providers insofar as their honoring those politicies, or for refusing treatments. The fines are directed at the American public and citizens instead.

Mr. Baucus indicated that this provision in the legislation would be similar to mandatory auto insurance which all Americans must carry by state laws throughout the nation at the present time.

Although, of course, I beg to differ.

Not simply because the amount of coverage and also amounts of such fines are determined at the state level, which means that such needs are regionally determined by also a lot more regulation and accountability over some of those insurers in the different states, but also the very reason such also unconstitutional legislation was passed in the first place.

The reason that there were mandatory insurance laws for auto insurance and the focus of those laws are on liability only.

And the stated reasons were due to the fact that such legislation would end up saving taxpayers the costs of providing for the salaries of more judges to hear those property claims and losses through the courts.

And was also fundamentally unconstitutional to begin with in "mandating" the purchase of a product in order to drive a vehicle in this country, since there are no such provisions over foreign drivers in any manner whatsoever.

Especially those that come from Mexico, or even Europe where they drive on the other side of the road, and as this country has had more and more foreigners granted visas and as tourists, have impacted many larger metropolitan areas tremendously in property damages to American citizens.

Some states have realized these unconstitutional laws for what they are and do have provisions for bond coverage, or provision of bank statements to satisfy the minimum liabiity coverages mandated by state laws.

But still are in no way "lawful" due to the fact that now in this "globalization" that Washington has embarked on progressively, global tourtists are exempted from this law and have created thus higher rates now for U.S. citizen drivers in order to cover also those claims and losses.

And at the present time, every state in the country now has some type of catastrophic health care for those that are either indigent or cannot obtain coverage due to pre-existing conditions.

So this "reform" is nothing more than another move to centralize more and more authority, and more and more power in Washington now over American’s future health care needs, and their very lives.

And with many now jobless and homeless due to Washington’s now progressive "global socialism" agendas under both Republican and Democratic Administrations within the past twenty years in order to feed big business industries such as the health care and banking sectors, if you don’t have a home at this point, and your credit has been ruined in the process, how are you going to afford health care – much less then be fined for not being in compliance with this "law."

Is Mr. Obama aware that the insurance industry also uses their own internal "credit reporting" insofar as rates charged already with respect to both property and auto insurance?

Are Americans lives and health care now going to be "rated" according to their "tables" for the amount of those premiums also without any regulation or oversight insofar as what goes in those reports?

I don’t see anywhere in the enumerated poweres of Congress where mandatory taxation with respect to purchasing a product, or any single payer public plan is included within the Constitution.

In fact, the taxation already which is now inflicted is unlawful for those sums at the present time which are withheld and sent to Washington technically, as is the continuation of Social Security in its present form since it was meant merely to provide for those that, upon the inability to work in their chosen field due to medical conditions or afflications, or orphans, widows or children of those who lose a parent or primary wage earner were provided a subsistence for their survival needs.

Now we are contemplating taxation and fining the citizens for not purchasing a product and for which the costs are unaffordable, by merely addressing the symptom without even doing a cursory evaluation and backtracking in order to identify what actually lead to this problem to begin with.

Lack of regulation over these "corporate" commercial interests, that have progressively increased their profit margins and their shareholder dividends at the expense of their premium payers, for the most part.

And doctor fees which are now out of sight due to both the costs of professional liability insurance in high risk fields, and also the costs in getting those educations at state and public universities that are now charging tuitions that are not even close to the CPI nor bear any relevance to the actual costs of that training in any manner whatsoever due to negligence on the part of state governments.

In which some of these universities could subsist on the revenue collected from their football and sports programs alone.

The crackpots in Washington just passed one of the largest taxes ever in that Cap & Trade scam, and now are contemplating fining homeless and jobless Americans for not having health care coverage?

And those homeless and jobless, after all, are providing theirs. In spades.

I have a heads up for Congress and Mr. Obama at this point:

End the War in the Middle East, and maybe we won’t have so many future Americans that will also be without health care and needing publicly provided care since last month saw the highest number of casualties in eight years in that war, and pass legislation that the AIG debt that is owed to this country by that London based global insurer can be satisfied in increments.

By providing free catastrophic health care to all Americans for the next twenty years.

And fine them a million per denial of claim.

Since they do, after all, have credit worthy and profitable subsidiaries in over 23 different countries other than that London Mayfair office whose practices impacted the U.S. offices due to Washington’s globalism agendas.

They are, after all, in the health care business.

And we are now already paying for it.