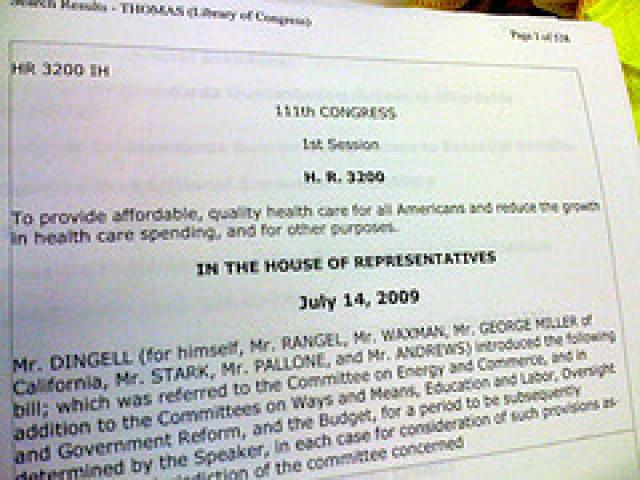 One year ago yesterday, March 23, the US Health Care reform legislation was signed into law.

During the debate before the passage of the law, many misconceptions were put forward by opponents to it.  "Death Panels" choosing who would recieve treatment for illness depending on their presumed value to society was a myth put forward by many conservatives against passage.  "Socialism" was also a term used to describe the law which would eventually cover many more Americans, with government subsidies to help those who could not afford coverage.

Less than 40% of Americans favor repeal.

However, there is still much confusion about the law among American citizens.  Some of this confusion is due to media misconceptions, some of it due to the long rollout period for most of the provisions of the law, full implementation of which does not come until 2014.

Provisions which have already become effective are those protecting persons with pre-existing conditions from being thrown off insurance policies and children being allowed to remain on their parents’ policies until age 26, both of which provisions are widely supported.

Republicans will continue to talk of repeal through the election season which is just now beginning to gear up.  It is to be hoped that supporters of the law will also continue to educate the population and make sure that Americans’ opinions are based on facts, not misconceptions.