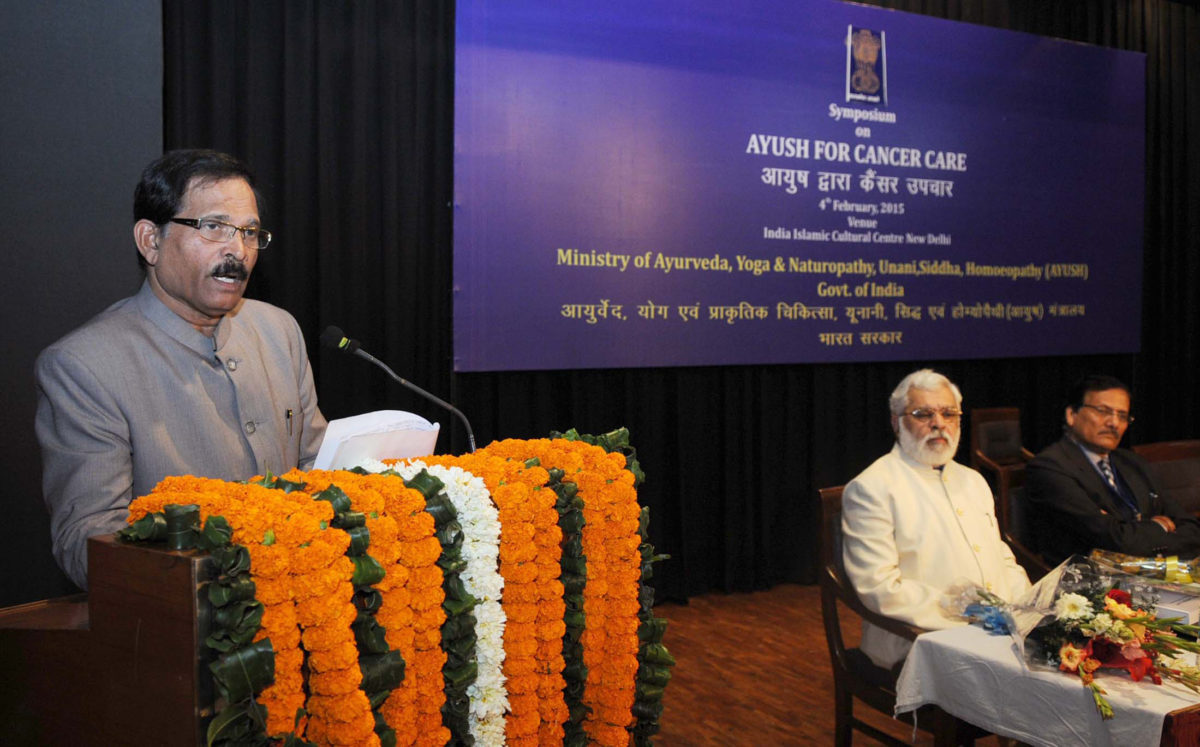 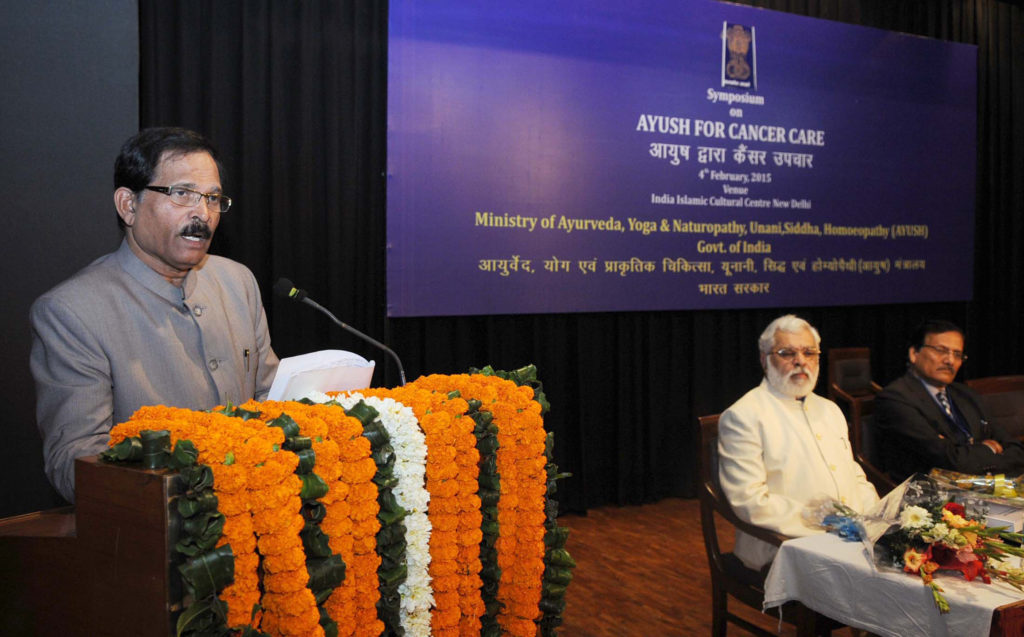 The Minister of State for AAYUSH (Independent Charge) and Health & Family Welfare, Mr. Shripad Yesso Naik delivering the inaugural address at the Symposium on Ayush for Cancer Care, in New Delhi on February 04, 2015.

New Delhi (GR-TYP-BIN): The Minister of State for AYUSH, Mr. Shripad Yesso Naik called upon the scientists and researchers to indulge in systematic evaluation of AYUSH remedies and practices in cancer care. He stated that the traditional systems of medicine are based on strong fundamental principles, time-tested experiences and holistic concepts of application, and not only advise the treatment of patients with drugs, but also have the concept of modulating the life-style, dietary regimen, seasonal regimen and behavior to prevent and cure the diseases. He stated that a scientific eye and mind is required to explore the value from the vast knowledge base of AYUSH for healthcare of cancer patients. The Minister was speaking at the symposium organized to mark the World Cancer Day with the theme- AYUSH (Ayurveda, Yoga and Naturopathy, Unani, Siddha and Homoeopathy) for Cancer Care, on February 4.

The Minister said that ‘we must emphasize highlighting the solutions that do exist or can be developed from AYUSH systems to help controlling the menace of cancer and which are within our reach and resources’. Pointing out that AYUSH systems emphasize more the preventive aspect of health having a strong hold in lifestyle management, he said that they may thus contribute in reducing the incidence of cancer. He added that integration of AYUSH with conventional healthcare system is another important area to be explored to reduce the side effects of chemotherapy, radiotherapy and to prevent the recurrence and metastasis and improve the quality of life of cancer patients. Mr. Naik stated that looking at the global scenario of cancer management, it must be understood that stand alone modern medicine may not be sufficient to meet health needs of the society ailing with this dreaded disease.

Mr. Nilanjan Sanyal, Secretary AYUSH and other senior officers of the Ministry were present at the symposium.