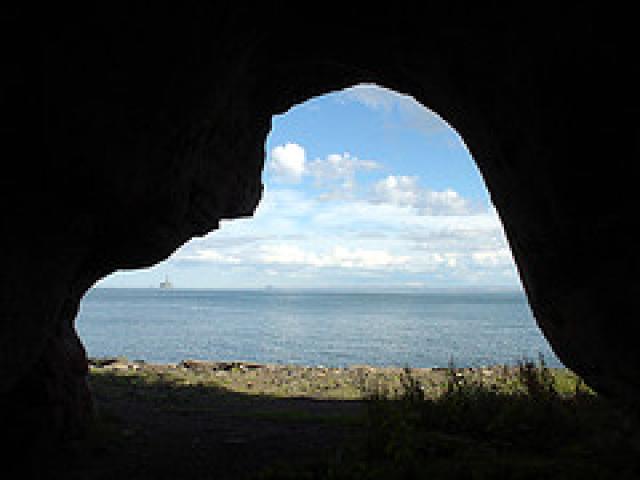 Once there was an old man by the name of Sathyamurthy. His wife and he lived in an extremely small hut in a small village near Madurai. Though he was very poor, his heart was rich and warm ready to help others whenever there was a need.

His hut was very small and just about enough for the couple to sleep in.

One stormy night, just as the couple had retired to bed, they heard a knock at the door. Now, there were great flashes of lightning followed by loud peals of thunder enough to wake the dead. It had been raining heavily and continually for a long time. Who would be knocking in this weather; unless of course it was someone who wanted shelter for the night? Surmising so, he told his wife he wanted to help whomever the person outside the hut.

His wife said, “But dear, we cannot accommodate another person here, this hut is just adequate for the two of us to lie on the floor”.

He told her with a smile on his face, “honey, if there is space in your heart, there would be space here too. This hut is just adequate for both of us to lie on the floor; nevertheless, it is a big enough place for three persons to sit in.”

Hearing this, she reluctantly opened the door, and let the stranger in. The three sat on the floor, and after having some tea they continued to spend the night that way.

After an hour, there was another knock on the door. The old man in his kindness said, he wanted to see who was at the door bearing down on them in this inclement weather, and if needed to help him as best he could.

The stranger then said, “I respect your kind heart sir, but there is no space here”.

The old man repeated what he had earlier said to his wife, “If there is space in your heart my dear friend, there will be space here too”. He further added, “We are now sitting very comfortably, ok, let him come in and we will manage by sitting close to each other till morning.”

The other man too was invited inside, and they all sat very close to each other, resigned to spend the rest of the time, sharing in the warmth and love of the old man and leaving the cold outside to the stormy night.

After a while, they heard a sound at the door. Going out to see what caused it the old man was moved to see a donkey, struggling to beat the heavy rain by trying to shelter against the hut. The old man then wanted to help this poor animal to some comfort too.

However, when all others protested he said, “We can all stand and give space to the donkey, or if you do not like the idea, I will give my place to it and stand outside the hut.”

Hearing this, they were surprised at his kindness and all of them unanimously accepted his proposal.

There are always some kind-hearted persons living in almost every place.

I know a person who used to go to a hotel every Sunday. He would order the hotel to give food to the beggars sitting outside. He informed the hotel that he would meet the bill for whatever food they ate. He never exposed his identity to anyone. The beggars never knew who that kind person was, who offered them the best food in their lives. What a great man. He probably derives happiness by seeing them happy.

It is true that we cannot help others like Mother Teresa did. However, we can help a few people within our capacity.

Parse people practice a strange custom. They do not bury or cremate their dead bodies. They simply leave it to the vultures. They think the dead men will live on in the lives of the birds and help them to live.

Let us try to help others whenever we are able, to live a little bit better in this wonderful world. Though the help we can offer may be small, our hearts should always be big. The biggest happiness in life perhaps is making others happy.

A person who does not see it fit to help anyone is no better than a corpse.

We can donate our eyes and live on even after our death.

Have a great day with no storms in your life and let us leave our heart lobby open always.