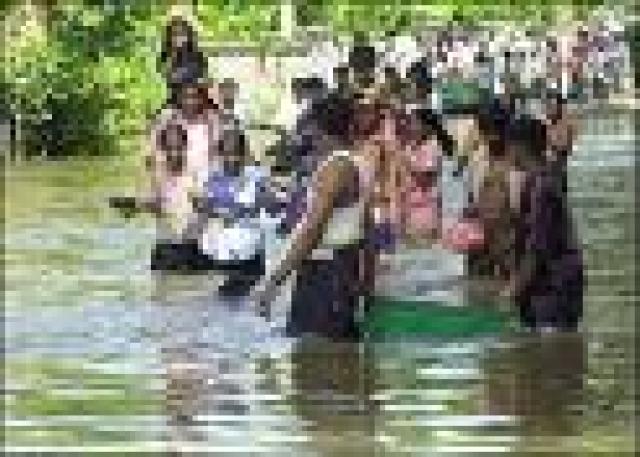 Large number of roads,highways and houses of  Ninteen Districts in  Sri Lanka were flooded and around 125,000 residents were  displaced today due to the heavy showers prevails  in the country since last night.The Roads in Balummahara,and Mirissa Junctions in Kandy the hill capitol of Sri Lanka were also closed due to the Floods today.

Colombo,Gampaha and Kalutara Districts are the worst affected areas and  four deaths related to floods are reported up to now according to the government officials.Meanwhile President Mahinda Rajapaksha who was in Iran to attend G-15 Meating has advised the Government officials to provide emergancy relief to the flood victims with immediate effect.Meanwhile the Met Department has announced today that the Heavy showers prevails in the country will continue further due to the preasure growing  in the bay of bengal at present.