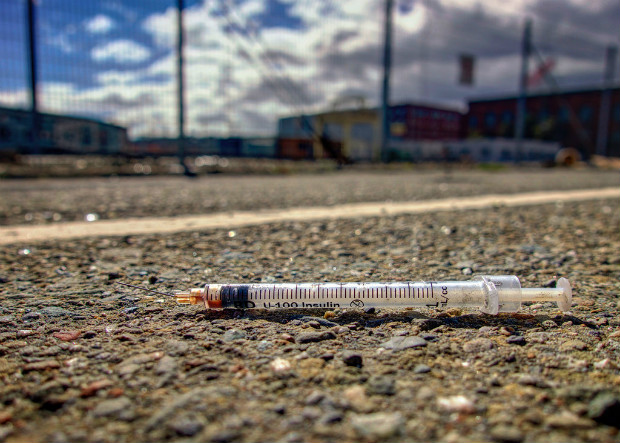 Over thirty years ago, HIV took the U.S. by storm, claimed over 600 thousand lives to date and became one of the leading causes of death in the country. Now, another epidemic threatens to destroy the lives of Americans on a similar scale: drug addiction.

In 2014 alone, 47,055 people died from overdose — the highest number recorded in any year. Of these deaths, around 60 percent were caused by opioids (e.g. heroin), while over 50 percent of the opioid-related fatalities were from prescriptions.

The trend shows no signs of slowing down. As of this writing, drug abuse cases continue to rise in one state after another, leading to the legislation of a bipartisan group of bills to address the growing crisis. The White House also called on Congress to pass $1.1 billion worth of funding for the proposed programs, which seek — among other objectives — to treat substance abusers rather than imprison them outright.

The Congress victory is somewhat bittersweet for certain groups of people. To quote Ekow N. Yankah’s piece for the New York Times: “When the face of addiction had dark skin, this nation’s police did not see sons and daughters, sister and brothers. They saw ‘brothas,’ young thugs to be locked up, rather than ‘people with a purpose in life.'”

Indeed, there seems to be a disconnect in how white and nonwhite drug offenders were treated in the U.S. prior to the passage of the bills. According to statistics compiled by the National Association for the Advancement of Colored People (NAACP), 14 million white Americans used illicit drugs compared to 2.6 million African Americans. Yet 10 times as many of the latter went to prison as the former for drug offenses.

Prejudice Against Drug Addicts Can Be Strong

Racism is far from the only factor complicating the issue. When researchers from the John Hopkins Bloomberg School of Public Health surveyed 709 people regarding their opinions about drug addiction and mental illness, they found that 64 percent believed employers should deny work for sufferers of the former, as opposed to 22 percent for the latter. Moreover, 62 percent would rather work with those who have mental disorders than those with substance use disorders, and 43 percent were against granting equal health insurance benefits to “junkies.”

There’s also the matter of age. Of the 23.5 million Americans who suffer from addiction, 90 percent started the habit before they turned 18. This can be attributed to adolescents being more impressionable, susceptible to peer pressure and having the strong need to “fit in.” If the adolescent is a boy and has suffered at least four Adverse Childhood Experiences (ACEs), his risk of becoming an IV drug user spikes by as much as 4600 percent.

As for drug abuse prevalence between the sexes, the picture is less clear-cut. Although women are less likely to engage in specialized treatment programs for substance abuse, they also respond better to treatment when they seek it than men do. Some of them may prefer to undergo women-only programs, but there isn’t a significant difference between the effectiveness of gender-specific and mixed-gender treatment.

Economic status is also becoming less of a dividing factor. Poverty may contribute to substance abuse and other problems, but recent evidence suggests that young people from high-income families can fall into the trap as well. While the lack of money drives one to seek relief by any means necessary, the abundance of it seems to grant more access to that same source of relief.

If the solution is to involve imposing limits on prescribing pain medication, the government needs to be careful. For one, addictions aren’t necessarily prevalent in opioid users, as only 8 to 12 percent of them suffered from addiction. Furthermore, of the 136 thousand opioid overdose victims in 2010 who ended up in the emergency room, a little less than 13 percent were diagnosed with a chronic pain condition, suggesting that illicit use — rather than prescription per se — is the main cause of the problem.

Clearly, the drug issue transcends socioeconomic status. There’s also more to it than pinning the blame on groups like doctors who prescribe opioids. As Maia Szalavitz points out in her piece for the Scientific American, people driven towards despair and desperation will do anything to escape. If they’re encouraged to seek other, healthier ways to cope with their problems, perhaps they’ll take a step towards ending America’s drug dilemma for good.