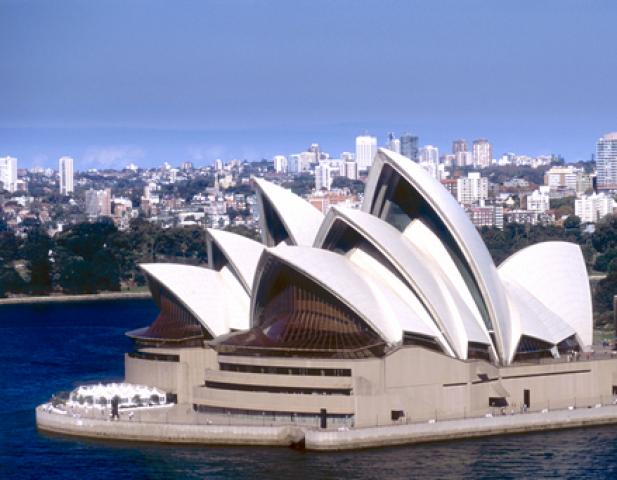 Millions of people visit Sydney each year for its pristine beaches, beautiful city and fantastic landmarks. When you think of Sydney, the Opera House, Harbour Bridge and Bondi Beach are normally the first things you would think of. But there is a lot more to Sydney then these common tourist attractions, with some of the best national parks, hidden beaches, treks, diving spots found anyway in the world.

What I’m about to share with you is some inside information, that most locals don’t even know about.

The Manly Scenic Walkway: This walk has been established across both national park and local council reserves to form one of the world’s great harbourside walks. With stunning views on offer throughout, the track covers 8km from the Spit Bridge to Manly around the harbour’s northern foreshores.
Bradleys Head: The walking track around Bradleys Head provides an ideal opportunity to view the majority Sydney icons such as the Harbour Bridge, the Opera House and Fort Denison while on a gentle stroll in a natural bushland setting.
Blue Mountains National Park: Walk through World Heritage landscape that has become famous for its lookouts, waterfalls and sandstone cliffs. With over 140km of walking tracks for all grades, its a great day out for the whole family. See the Three Sisters at Echo Point or explore the historic Mt Werong and Ruby Creek area.
Ku-Ring-Gai Chase National Park: Offers a rich variety of things to see and do in a natural setting adjacent to Sydney’s northern suburbs. If your heading that way make sure you do the Sphinx walking track to Bobbin Head where you can reward yourself with a beautiful lunch at the marina or drive to West Head and take the 2km Resolute Track down to Resolute Beach.

1. Resolute Beach, West Head – Though its a 2km trek down a steep hill, the rewards are more than worth it once you arrive at this beautiful beach. During the walk, you’ll take in spectacular views of Pittwater, Palm Beach and Barrenjoey, and if you look hard enough, you’ll also discover Aboriginal carvings.
2. Camp Cove, Watsons Bay – Lined with mansions along the foreshore, this beautiful hidden beach is quite commonly visited by multi-million dolalr boats who anchor just off the shore. This is a fantastic beach for swimming and one of the leading spots for scuba-diving.
3. Shelly Beach, Manly – A short stroll along Manly’s promenade, Shelly Beach is one of Sydney’s best aquatic reserves. Perfect for snorkelling and picnics.
4. Milk Beach, Vaucluse – Is a calm, sandy cove hidden behind Strickland House. It’s a short, steep walk down the driveway and across the lawn, but beachgoers will be rewarded with beautiful views across the water of the city, the Opera House and Harbour Bridge.
5. Echo Beach – Situated at Echo Point Park, it contains seven Aboriginal sites, a children’s playground, barbecue and picnic area. Also popular for fishing and paddling.
Secret kayak Beach – Store Beach, Manly
Secret Surf Beach – Bungan Beach
Secret Posh Beach – Lady Martins Beach, Point Piper
Secret Picnic Beach – Little Sirius Cove, Mosman
Secret Nude Beach – Lady Bay, Watsons Bay

Filed under: Lifestyle, World
Share Tweet Pin G Plus Email
previous article: Some Goods Tips to get Discourage from Cancer
next article: The genuine and percioues gift for Womens