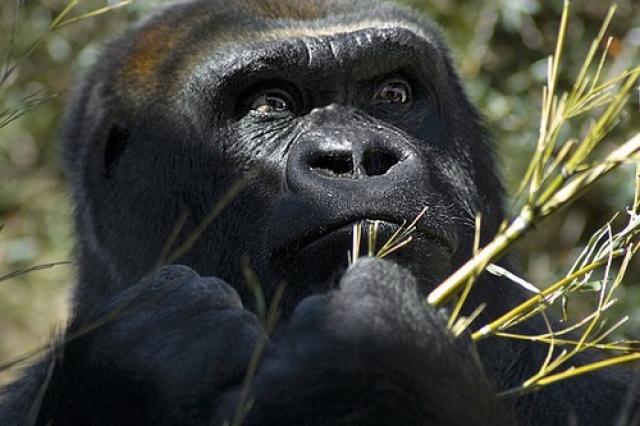 More than 125,000 endangered gorillas were found in northern Congo, an unusual example of wildlife thriving.

The Western lowland gorillas were found in the northern Congo Republic, despite being listed as critically endangered just last year. International wildlife organizations have been concerned as illegal hunting, war and the Ebola virus have decimated the species’ population, previously measured at less than 100,000.

According to NPR, the gorillas multiplied because they live in a safe haven of roadless swampland, unencumbered by logging and humans. That could change soon, however, as the right to log forests is becoming more probable in this area of the Congo.

“Where there are natural resources in Africa, the rush to exploit them is at a pace that no one ever dreamt possible,” said Richard Ruggiero of the U.S. Fish and Wildlife Service.

Congo is an especially dangerous place for gorillas. Violent rebel groups have slaughtered the animals, using the gorillas as leverage in an ongoing war.

However, the situation is far from hopeless. Groups like the Wildlife Conservation Society have been working hard to protect and conserve gorillas in Africa and Southeast Asia, where the threat is particularly extreme.

For these conservationists, and for animal lovers around the world, the gorilla finding is an uplifting reminder of nature’s resilience despite grave challenges.