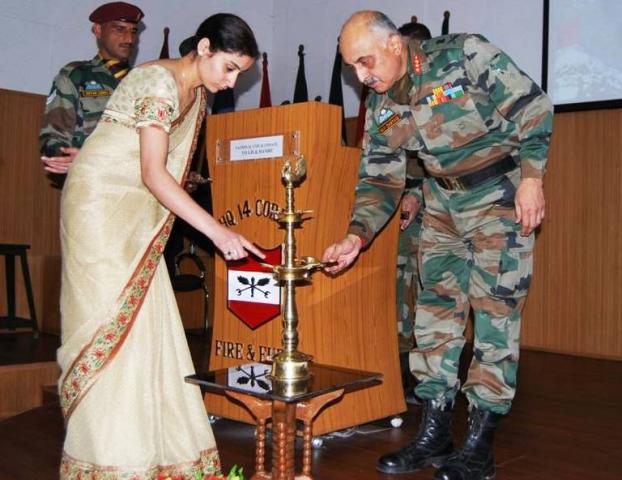 Leh(Ladakh), April 27 (Scoop News) –      Lt Gen Ravi Dastane , General Officer Commanding,Fire and Fury Corps today urged the scientists and clinicians to synergize their efforts to improve the health and quality of life of the soldiers deployed in the snow bound peaks of our frontiers.

Lt Gen Dastane was addressing in a national level seminar at Leh.

Two books tited ‘High Altitude Health Advisory for Combatants’ and ‘An Updated Primer for Medical Officers in high Altitude’ were released during the inaugural function.

A large number of experts and luminaries from the Armed Forces Medical Services (AFMS), the Defence Research and Development Organisation (DRDO) and civil institution held deliberations on the latest trends in diagnosis, treatment and research in the field of high altitude medicine.

Defence spokesman said that 153 General Hospital has the distinction of being the highest multispecialty hospital in the world. The hospital is a tertiary care centre for the entire Ladakh region and provides comprehensive medical care not only to the troops and paramilitary forces but also the local civil populace of this remote Ladakh region.