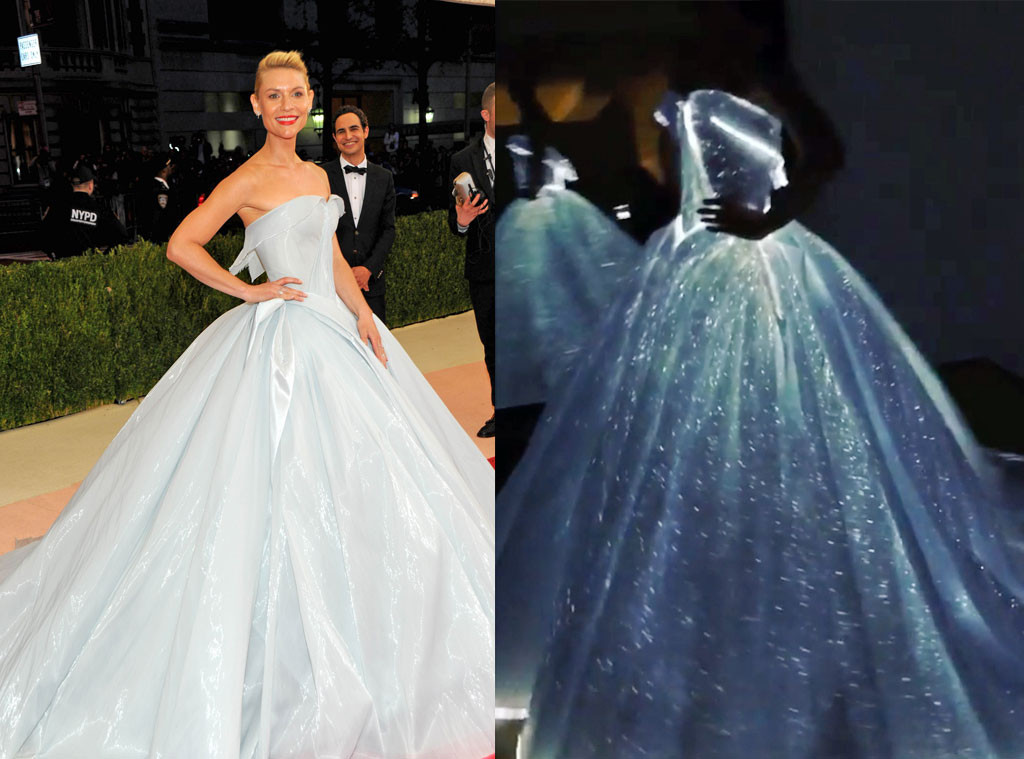 There is next to a decade since technology and fashion shook hands and the 3D design models we saw at Met Gala 2016 show us that the future does belong to high tech fashion. At least, when it comes to the models on the red carpet.

Met Gala 2016 had the theme Manus x Machina, Hand and Machine, which gave us the opportunity to see the most impressive designs. The gala is a fundraiser event for the Metropolitan Museum of Art’s Costume Institute and is hosted by Anna Wintour, the Chairwoman of Vogue. As you might expect, the celebrities did their best to wear the most impressive dresses and outfits, but this time there was a common ground for all: technology!

Apple’s Chief Design Officer, Jonathan Ive, who co-hosted the Gala, stated that fashion and technology were never “at odds”, but they work hand in hand. And what we saw at the Met Gala 2016 was the ultimate proof of this statement. 3D printing, LED technologies and amazing designs were the stars of the red carpet this year.

Technology made Claire Danes glow in the dark– literally!

Claire Danes wore a light blue dress which seemed to be out of Disney’s Cinderella. Zac Posen’s design was amazing, but the real interesting detail about the dress was the fact it actually glowed in the dark. Zac Posen, who accompanied Danes to the Met Gala, told how he managed to sew into the dress 30 battery packs, which powered the fibre optic organza and made the dress light up in the dark. 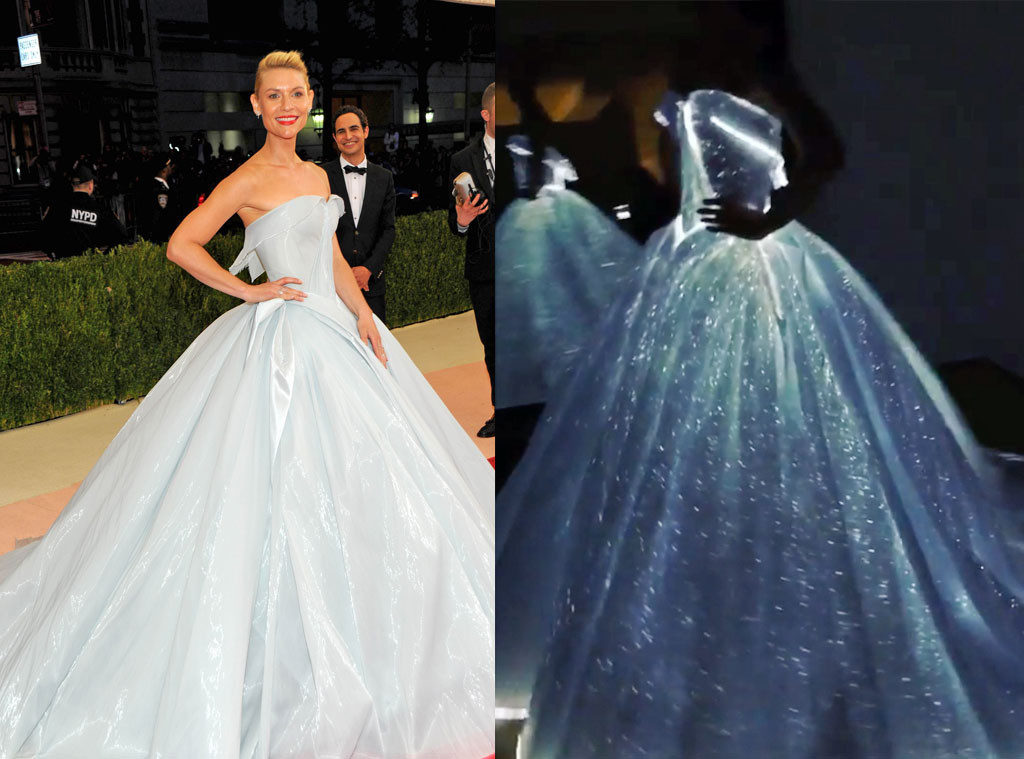 3D printings were also present at the event

Allison Williams wore an asymmetric dress which left just enough skin visible, enhancing the look of her beautiful body. Peter Pilotto’s dress followed the Met Gala 2016 theme with a very hot detail: 3D model of flowers, which was added on the silvery dress. This way, the dress had the latest technology incorporated in it, without the drawback most 3D printed dresses have.

This brings me to the attempts to create entire 3D printed dresses, which faced a problem: most 3D printed dresses look like a solid piece of plastic, which lacks movement. Pilotto, who created Williams’ dress, avoided this problem by adding the flowers on the dress, but I am sure we are going to see more 3D models on the red carpet in the future. Designers like Iris van Herpen, who has used technologies in her fashion collections, the prototype of the 3D printed dress which flows on the body like a fabric dress is closer than ever. When Iris first started to use 3D printing in her fashion collections in 2009, the process was time consuming, but fashion is pushing technology limits, forcing the engineers to find ways to make the process of 3D printing sustainable for the fashion industry. 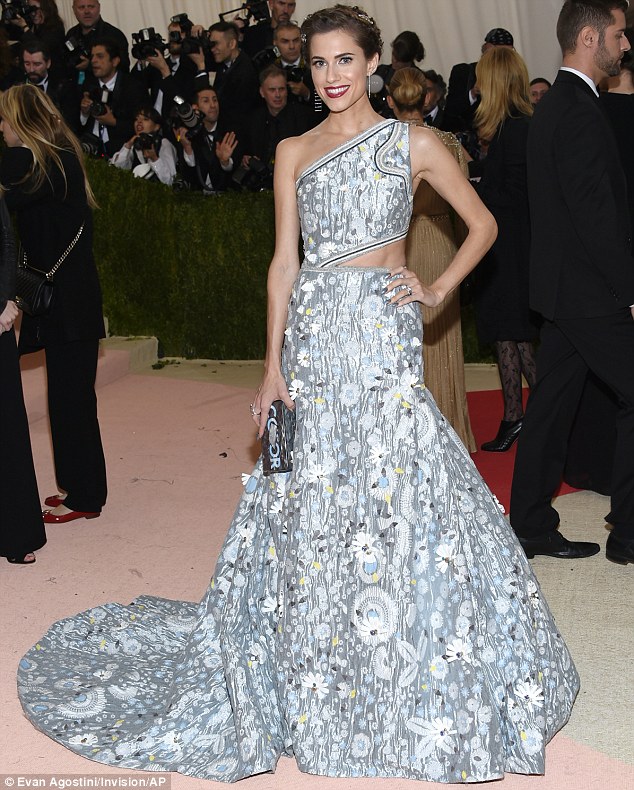 IBM and fashion? That was not a realistic combo until 2016’s Met Gala, where model Karolina Kurkova wore a LED smart dress designed by Marchesa and IBM’s Watson team. The dress had LED lights which were programmed to change their color depending on the people’s tweets regarding the Met Gala. Nicknamed the “cognitive dress”, Kurkova’s dress showed another hot trend: smart clothing is here to stay. 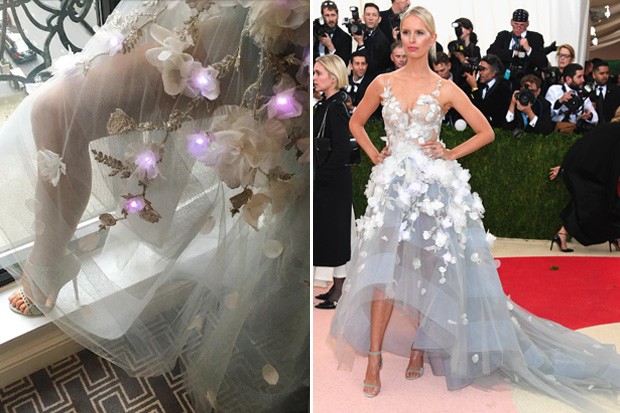 The concept of a color changing dress which reacts to someone’s mood is not new: it was used for the Intimacy 2.0 dress, which was able to change its color depending on your emotions. Apart from mood responsive clothing, there are many other futuristic textile technologies which are sure to make us wonder if we live in the present or in the Star Wars future.

The color changing dress worn by Kurkova was a challenge for both Marchesa’s designers and IBM’s Watson. The latter spent days on end analyzing the data on Tweeter and creating a link between the LEDs on the dress and the moods in the tweets. Watson eventually managed to process a large amount of data and have the LED react to the emotions revealed in the tweets. Despite the dress showed the power of artificial intelligence, IBM’s processing power and gave Marchesa’s designers the opportunity to work on a different type of fashion project, it’s just an experiment.

The mood responsive clothes and bubbly dresses are not useful in daily life.

Fashion has still a long way to go in order to pair with the latest technologies in an useful way, which can become a commercially viable option for retailers. Away from the red carpet, fashion designers and engineers are trying to find ways to bring technology in serial manufacturing. Watson is helping brands in their retail operations and fashion designers are using ultrasonic bonding to create perfectly flat seams, so you can say there are baby steps being made.

Meanwhile, we can enjoy the high tech revolutionary designs on the red carpet, keeping in mind that even glow-in-the-dark and LED dresses are made with the needle and the thread.