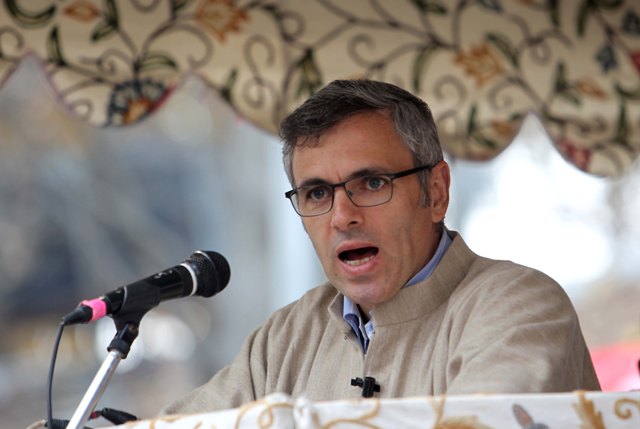 Srinagar,November 26, (Scoop News)-Chief Minister and National Conference Working President Omar Abdullah filed his nomination papers today from Sonawar Assembly Segment and said that the high-voter turnout in Phase I of the Assembly Elections was a positive indication of a groundswell of support to National Conference which was the only cadre-based party in the State and has a grass-root presence in every nook and corner of the State. “I congratulate the people of my State for rising up to the occasion yet again and standing in enduring defense of their political identity and interests. We are very encouraged by the high-voter turnout and assure our critics and the nay-sayers that National Conference will emerge triumphant in these elections. The people have come out in large numbers to repose their faith in us and we are very hopeful of an even higher turnout in the remaining phases”, Omar Abdullah said.

The NC Working President said that National Conference was fighting a historic battle to safeguard not only the special status of the State but was also resolute in protecting the political and cultural identity of Jammu and Kashmir. “There were people vying for a low voter-turnout in these elections and wanted to use that as an opportunity to systematically disempower the people of the State. The high voter-turnout in the first phase is not only a historic development at this crucial juncture but will also embolden National Conference not just electorally but also politically in our mission to protect the interests of Jammu and Kashmir and its brave people”, the NC Working President said.
MORE AT http://scoopnews.in/det.aspx?q=42725