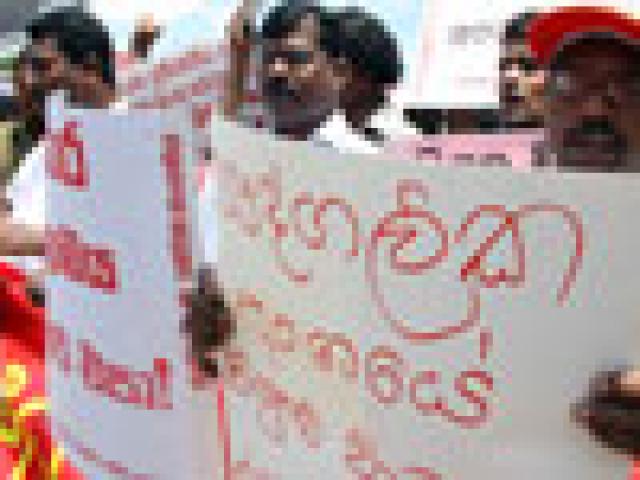 After using tear gas  a tense situation erupted between the police and protesters  as the protesters began throwing stones at  police.Police Officers as well as protesters were seen washing  their faces with water due to the tear gas.Several  Protesters were arrested by the Police and seen beaten them.Some Police Vehicles parked near the protest too got damaged as they were hit by  stones.