Traditionally, Democratic Party presidential candidates build coalition primarily with liberal interest groups, which are mostly racial minorities and working class Americans.  This was how Barrack Obama and Bill Clinton won presidential elections. But this time around in this bizarre politicking that gave us Donald Trump, things are upside town and normality is absconded.  Hillary Clinton, presidential candidate for Democratic Party has widened her coalition to connote some Republicans party members that have abandon Trump due to his erratic and unconventional roller coaster campaign.

Even few Republican Party elected lawmakers have come out in public and said they will vote for Hillary Clinton. The Republicans for Clinton are citing that Trump is not ready to lead America in the turbulent 21st century world.

Clinton has meticulously expanded her coalition by arguing that Trump was an aberration and outside the scope of conservative circle and ideology. She even mentioned Senator John McCain, a Republican stalwart and former presidential candidate that was heaped with insult by Donald Trump by making light of his war record. Clinton reminded conservative America that McCain as a war hero deserved respect for his service to America.  Her ceaseless appeal to conservatives and Republicans was centered on utilizing anywhere Trump has a gap or misstep with his party to reinforce his vulnerability.

Even in one of her political campaigns, Clinton was quoting a GOP conservative economist Mark Zandi, a one-time policy adviser to John McCain.  She was using Zandi’s economic commentary to topple and demolish Donald Trump economic policy.

Clinton in her own words:

“One of John McCain’s former economic advisers actually calculated what would happen to our country if Trump gets his way. He described the results of a Trump recession. We would lose 3.5 million jobs. Incomes would stagnate. Debt would explode. And stock prices would plummet.”
In her address at the Democratic National Convention, Clinton asked the ecstatic crowd: “You really think Donald Trump has the temperament to be commander in chief?”  And they enthusiastically said, “No.”

Then she delivered the venom:
“A man you can bait with a tweet is not a man we can trust with nuclear weapons.”   She is now applying the tactics with reinforcement on Republicans who doubts Trump readiness to be commander-in-chief.

Hillary Clinton appeal to Republican Party members is probably bearing fruits. Some of the Republicans that might vote for Clinton are doing it not because they have seen the light and abandon conservative ideology. They are rather saying that Trump does not have the temperament to be American president and this is exactly what Clinton wants them to believe. 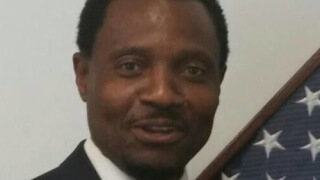 Emeka  Chiakwelu, Principal Policy Strategist at AFRIPOL. His works have appeared in Wall Street Journal, Huffington Post, Forbes and many other important journals around the world. His writings have also been cited in many economic books, publications and many institutions of higher learning including tagteam Harvard Education. Africa Political & Economic Strategic Center (AFRIPOL) is foremost a public policy center whose fundamental objective is to broaden the parameters of public policy debates in Africa. To advocate, promote and encourage free enterprise, democracy, sustainable green environment, human rights, conflict resolutions, transparency and probity in Africa.   info@afripol.org       www.afripol.org