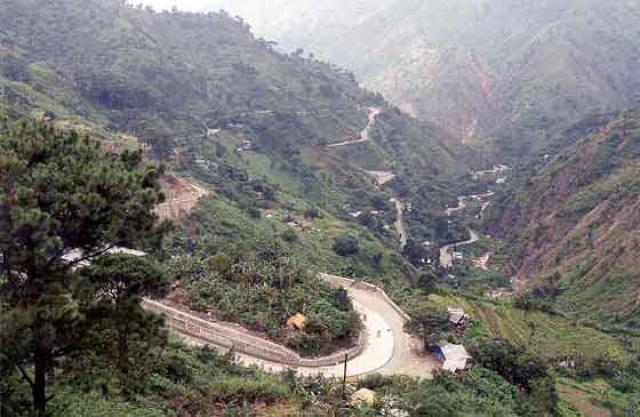 The world renowned Kennon Road of Baguio-Benguet is one of the attractions leading up to the Summer Capital of the Philippines, the City of Baguio. The zigzagging road was constructed in 1900’s by the US Army Corps of Engineers headed by Col. Lyman Kennon. The US Army officer was then in good spirit that despite of the daunting task of carving long treacherous mountains up north, his perseverance paid off: Kennon Road was born.

Kennon Road had been constructed using manual labor with the help of local bull carts and mule drawn wagons. The men who shared their tedious efforts were composed of Filipinos, Japanese and Americans. It took Col. L. Kennon and his indefatigable men five years to complete the long and winding road.

By 1905, the road was finished and the Americans and lowlanders finally reached the highlands and the tribal people whose laidback and subdued community has gradually changed. In those times, traveling up hill takes a lot of effort and the Americans, big as they are, are not comfortable with animal drawn wagons.

It was William Cameron Forbes who took the idea of using the Stanley Mountain Wagons. The vehicles were chosen probably because of its reputation as hill climbers and can carry passengers and freights with ease. The western-movie style horse drawn wagons were the primary transport in going to and from the hilly resort of Baguio City. The subsequent introduction of motorized vehicles ultimately changed the transport system.

Today, Kennon Road is showing decay because of man’s lack of concern and the nature’s destructive effect like typhoons, landslides and man-made calamities. Kennon Road is now becoming less attractive since the local authorities have restricted buses and tracks from traveling. Light vehicles are allowed but the risk of danger from falling rocks is considerably high.

Kennon Road is like gasping for air, a complete rehabilitation is what it needs. A total facelift of the road structures will bring its former grandeur to the top once again. And the legacy of Col. Lyman Kennon will remain forever.