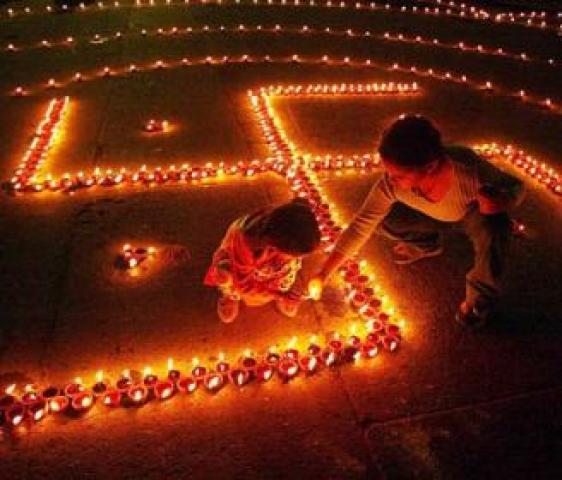 This country has so color and a deep history which sometimes seems too be a fiction , sometimes mystical and sometimes leaves you with a profound thought of it and life. Festivals started and celebrated from thousands of years are still been celebrated the same way and each of them are associated with a reason or story behind them. Diwali is not an exception, Like Holi marks the start of summers and end of winters in the same way Diwali comes right at the start of winters the wether changes completely right after this festival and woolens start coming out from the cupboards although there is a long and old story associated with it, however it has some climatic and cultural impotance too.

Lord Rama defeated and killed Ravana the king of Lanka (now ) and came back with his wife Sita who was kidnapped by Ravana and taken to Lanka. Lord Rama, His brother Laxman and wife Sita was given a warm welcome by his People back in Ayodhya (Still known as Ayodhya, spiritually an important town in ). People in his kingdom welcomed there Lord with lots of lightings, firework, sweets and joy. The Day is known as Diwali now, which is still celebrated in and around the globe by Indians.

People wear new cloths, exchange sweets in friends and relatives play with fire crackers. This day is also celebrated as Hindu New Year, when all the finances are gathered and planned for the coming year. In India Diwali is the most important festival and celebrated throughout the country from thousands of years now.