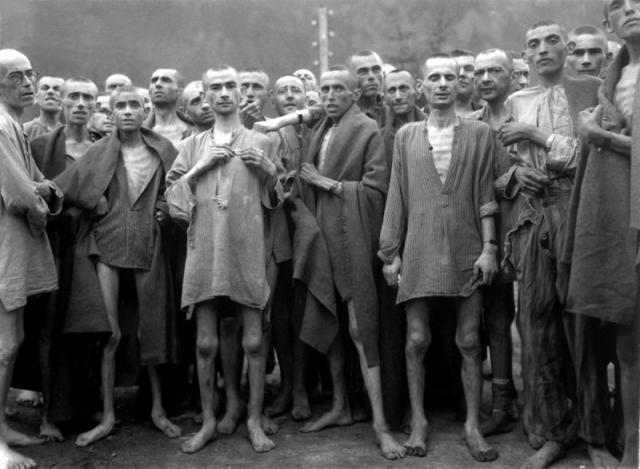 Could Amstetten’s Nazi past have something to do with the recent discovery that 73-year-old Josef Fritzl imprisoned and raped his daughter Elisabeth Fritzl for 24 years?  Recent DNA tests now prove that he is the sole father to all of Elisabeth’s seven children, which she delivered in the cement dungeon that her electrical engineer father built around her.

Now it has come to light that the sleepy town of Amstetten, where the horrifying tragedy took place, has a dark past.  Amstetten was the site of two subcamps of the Mauthausen-Gusen Nazi concentration camp complex named Frauenlager and Mannerlager. The Mauthausen-Gusen complex camps were the last concentration camps to close in as Hitler’s Nazi army was defeated in World War II.

Josef Fritzl was born in 1935–too young to have been a Nazi officer–but old enough to remember the concentration camps.  It is unknown whether or not his parents were involved in the Nazi party.

Across the internet, pundits and bloggers are questioning the link between Josef Fritzl, a Roman Catholic, and the Nazi imprisonment of the Jews in his country during his childhood.

The blog Bock the Robber questioned the link in its recent post Josef Fritzl, Elisabeth Fritzl and Echoes of a Concentration Camp:

"The camp was still in operation when Josef Fritzl was 10 years old and there can be no doubt that it was a significant part of his formative years, as it was to many of Amstetten’s citizens.  Isn’t it remarkable that, just as in 1939-45, the locals noticed nothing?  Isn’t it remarkable that Elisabeth Fritzl’s mother, Rosemarie, noticed nothing over 24 years, and believed the word of an overbearing loudmouth?  What does that remind you of?

Who knows?  Perhaps evil really can seep into the stones of a town.

Filed under: Politics, World
Share Tweet Pin G Plus Email
previous article: A Noisier Parliament.
next article: Bias Against a Girl is a Shame