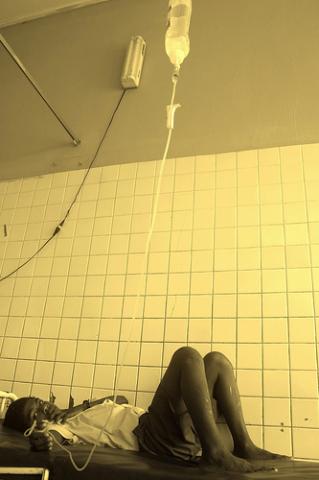 The HIV/AIDS pandemic has remained the highest-profile public health challenge, although more people die from curable diseases. Last year the UNAIDS estimate of the number of people living with HIV/AIDS was reduced from 40 million to 33.2 million. The reduction in the number of victims has continued, generating ripples in public discourse and lending credence to earlier assertions that infection figures being bandied about were indeed questionable.
In the last few years, HIV/AIDS has received tremendous support from individuals, governments and foundations for helping victims or preventing the spread of the virus. A lot of funds continue to flow into HIV/AIDS programmes. In order to command massive support for HIV/AIDS campaign, there is a propensity to overstate the actual numbers of victims primarily to gather more political and financial support but surveys conducted by scientists in Mali, Zambia and South Africa reveal that AIDS is not as widespread as believed.
In many countries in Africa, most health policies have been concentrated on HIV/AIDS. This is understandable. For now there is no known cure for the virus. What is available at present is expensive and complicated life-prolonging anti-retroviral drugs (ARVs).
The over-estimation is dangerous. It further questions other assessments and puts at risk continuing support to curb the disease. Inflated figures clearly undermine credibility. Although steady progress is being reported across Africa, the virus continues to kill more Africans each year. In spite of the huge amount of spending on HIV/AIDS, the epidemic is spreading into the remotest villages threatening the very survival of rural communities, despite further spending on education, abstinence and condomisation.
One of the reasons there was over-estimation of the HIV/AIDS figures was to command huge resources and find jobs for campaigners. Often local people are not co-opted and the funds are administered by organizations from donor countries. For instance, PEPFAR is the largest donor for AIDS in many countries. It provides 62 per cent of AIDS resources in Zambia, 73 per cent in Uganda and 78 per cent in Mozambique. Most of the funding is channelled through international organizations based in those countries. The import of this arrangement is that there is no clear way of handing over responsibility to local stakeholders in the long-term.
While HIV/AIDS kills many people, there are other preventable and curable diseases that kill more. Many can be treated for a fraction of what HIV/AIDS gulps up.
Since there is less funding for these diseases, HIV/AIDS has dwarfed the attention that other killer diseases such as malaria, tuberculosis, whooping cough and others ought to have got. About 90 percent of the 600 million malaria cases occur in Africa per year and the incidence of tuberculosis in the continent is the highest in the world. In Nigeria for instance, nearly 300 died between October 2007 and January 2008 from a renewed outbreak of measles, cholera and cerebrospinal meningitis. Lack of access to good drinkable water and sanitation kills tens of thousands.
Most often, HIV intervention is not cost-effective enough to justify this huge spending. In essence, money being spent on the virus could be more effective if used to strengthen existing healthcare delivery in poor communities and prevent other killer diseases. Ironically, money is spent on areas that reflect the interests of those on the AIDS industry payroll.
Scientific studies have indicated that HIV/AIDS victims who have access to ARVs and use them as prescribed can live with the virus for more than 10 years. Unfortunately, the same cannot be said about diseases such as malaria and tuberculosis that can snuff life out within a very short period of time. The impact of HIV/AIDS on the labour force is aggravated by the fact that its political importance results in a massive diversion of resources away from fighting other diseases of poverty, which in turn exacerbates their economic consequences.
The need to tackle other diseases ought to be seen in the context of achieving the targets for the Millennium Development Goals, which call for progress across many other developmental priorities. Many curable diseases threaten these goals, especially those related to poverty and health.
Focusing on the prevention of only one of these diseases is not prudent.
The operational cost of HIV/AIDS is huge and far greater than any other public health crisis. However, this does not mean that other diseases should be left unattended. A healthy population is critical to development. This is because healthier people live longer and have stronger incentives to invest capital in developing their skills. This however might be elusive if one disease that affects a handful of the population overshadows other diseases that affect many more people.
Diseases of any kind slow down economic progress. Whatever methods are used to address any of the diseases, the primary aim should be to save as many lives as possible. It should not be about which disease is a money-spinner or commands huge funds. It is simply about creating a better life for everyone.