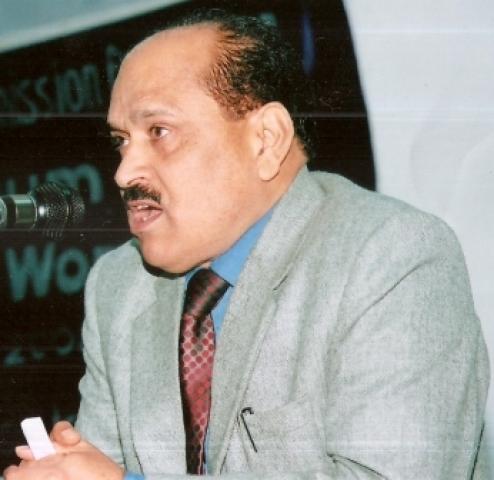 Srinagar, September 13 (Scoop News)-  Former minister and AICC member Abdul Gani Vakil today in a statement has said that there is a need of adopting austerity measures by the government so that funds meant for the development works reach the deserving ones. The central government had been funding our state liberally and we must ensure that the same money is utilized in best possible manner so that witnesses development at par with any other state in the country.

Coming down heavily on the present dispensation Vakil said by holding cabinet meeting in far flung areas the government was simply burdening the state exchequer and doing nothing else. The men, machinery and money spent in organizing such meets in far flung areas cost heavy which should be discouraged.

He said that this way many other neglected areas also feel suppressed and send a wrong message amongst masses. Since District Development Boards (DDBs) had been meeting regularly to decide about development of the area there arises no question of holding cabinet meetings at such a level which apparently looks like pleasure trips than any other productive business. A wrong precedence is being set in the state by holding such meetings.

Many cabinet colleagues who had been camping in their respective constituency had to take flights to reach Srinagar and then spend more money on their cavalcades to reach the venue of meeting which this time was fixed for along the Line of Control (LoC) in Machail sector of Kupwara district.Vakil said that the purpose the cabinet meeting is to ensure that its decisions reach every nook and corner of the state and not the cabinet itself. Vakil asked the government now what special packages have been given to Machil and Karnah area by holding cabinet meetings there.

The cabinet meetings are to be held at state capitals from where their decisions must percolate down up to the grass root level in which lies the real essence of democracy. In a democratic setup especially in there are three tier system of governance which means that decision of the central government are forwarded to the state which in turns extends the same to local self governments known as Panchayats and local bodies.

The state government instead of empowering Panchayats and decentralizing powers was trying to create more inconveniences for people by taking the cavalcades of ministers which run into hundreds of vehicles to villages on selective basis. Vakil asked the government to concentrate on development projects and ensure their right implementation instead of emptying the civil secretariat for days together.

Special care should be taken to ensure that central funds and schemes reach the remotest of areas of our state for which army of officers were deployed in districts. Instead of running around the cabinet must show some seriousness and take up issues pertaining to people in most effective manner.