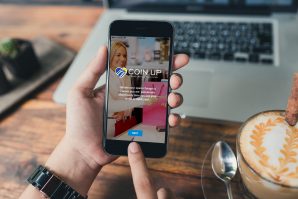 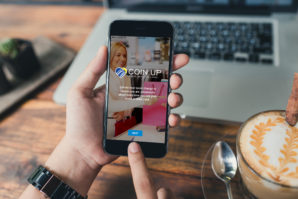 When celebrities align with a cause they are passionate about, people notice. In doing so, their efforts can make a major impact by bringing awareness to the charity organizations they support or lead. Four celebrities in particular who are lending their name to charity organizations are making it even easier for their fans to engage in the habit of giving, by “Coining Up” through the new mobile donation app – Coin Up.

”A celebrity who is committed to making a difference for their charity, combined with a convenient and automated way for their fans to donate to that charity, is a winning formula for major social impact,” explains Leena Patidar, chief executive officer and co-founder of Coin Up. “Celebrities make it easy to build awareness about the causes that they care about, and Coin Up’s mobile app has made it effortless for people to donate their spare change from everyday transactions.”

The celebrities who are deeply aligned with their causes and are taking advantage of partnering with Coin Up’s innovative technology, include:

Nyjah Huston – One of the world’s leading professional skateboarders, along with his mother Kelle Huston, are the founders of Let it Flow. A charity that strives to bring clean water to the millions of people suffering without it.  Their inspiration comes from Nyjah’s own experience of living without running water.

Shannon Elizabeth – The actress and conservationist started her charity, Animal Avengers, in 2001 to rescue and protect animals in the US and Africa.  She has been an advocate of animals that are endangered and abused, especially rhinos, to ensure the necessary programs and systems are implemented to protect our wildlife.

AnnaLynne McCord – The actress and director is President of the Non-Profit organization called together1heart, an organization that helps fight slavery in Cambodia, and helps restore the lives of those rescued from it.

Katie Cleary – Since 2012, the actress/model’s charity called Peace 4 Animals has been raising money to help protect endangered species around the world. The charity also helps rescue, rehabilitate and find homes for domestic animals, and educate the public on how to co-exist with animals and protect those in need.

“I am passionate about the charity work that I’m involved in, I love that Coin Up has made donating virtually effortless,” says Katie Cleary. “People’s every day purchases like their morning coffee or outings with friends and family can now be contributed to their favorite charity. Without even having to think about it, their transaction expenditures will be rounded up to the nearest dollar and donated to their chosen charity. It’s simple, high-tech, and convenient.”

With Coin Up, consumers simply download the app, create an account, and set a monthly limit for the amount of spare change that they want to round up and donate. For example, if a purchase is $3.35, the transaction will be “virtually” rounded up to $4.00 within the app. The app will calculate this $0.65 along with the other rounded up spare change until the monthly limit is reached (or the end of the month, whichever comes first). At the end of the month, the debit/credit card will be charged and the proceeds (less transaction fees) will be sent directly to the charity of your choice.

“Support of Together1Heart not only creates a united front against the atrocities perpetrated on some of the world’s most vulnerable, it also empowers those seen as weak to realize their profoundly remarkable inner-strength,” says AnnaLynne McCord. “Donations of love, time and financial support play a role in creating future world-changers, all of whom exude the positive aspect of Fredrick Douglass’ beautiful quote ‘If there is no struggle, there is no progress.’”

The Coin Up app is free to download and free for charities to register. For more information on the Coin Up app, visit https://www.coinupapp.com or download it today on the Apple App Store.

Filed under: Lifestyle, Non-Profit
Share Tweet Pin G Plus Email
previous article: Everything You Need to Know about SEO
next article: How to Choose the Right E-Commerce Platform for your Online Store.