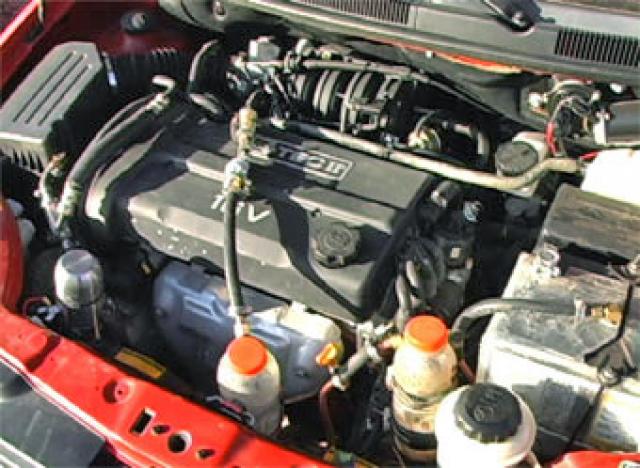 It Took Four Years Of Testing And Research To Find The Answers.

Seven years ago, with the price of gasoline getting beyond the point I wanted to pay, I decided to look at my options.  I’d been in the automotive business as an award winning professional race car driver in both drag racing and road racing, a highly successful race car and high-end sports car mechanic and I’d owned seven auto parts and service facilities in Oregon and Hawaii.  I knew what I wanted.  The Internet was coming of age, so I started looking.

I knew some but, not a lot, about hydrogen.  I knew it only took a small amount to enhance the properties of other fuels.  I knew it would work with gas, natural gas, propane or diesel.  And, I knew that people had been generating hydrogen on a small scale for personal use using various methods for quite a few years.

I searched the Internet and gave up after awhile.  I resumed my searching when gas prices spiked again.  The problem I found was, no one was offering anything that would do what I wanted at a price that wasn’t outrageously high and, I knew from my automotive experiences, all had some serious, inherent problems.

I’d read about the different solutions that most people were using and decided that potassium hydroxide, more commonly known as drain cleaner, acids and other caustic chemicals, were too dangerous.  If you get them on the paint of the car, it’s gone or severely bleached out.  Getting those type chemicals on the skin can cause burns and, in the eyes, they can blind you.  Not for me, so I started looking concerning that aspect of the project too.  I found an alternative that works as good, and is safe enough to be ingested.

My first home made hydrogen generator was made using a stainless steel container.  The interior of the container began corroding almost immediately.  A friend, and longtime professional weldor, told me the best stainless was made in Italy. It took a while but, eventually, I found a container that would work.  The Italian stainless was superior to what I’d been using, but still not satisfactory.  With the electrolyte I was using, I didn’t need some super expensive, exotic container, so I decided to use Lexan® .
In order to increase the fuel economy, most people either make the engine smaller, which generally means less horsepower, or make the car smaller and/or lighter.  I wasn’t in the car manufacturing or, from scratch, engine building, so I had to find a different process.  I figured by using race car engine techniques, I could increase the MPG through more efficient use of the same amount of fuel.

Sixty to eighty percent of the fuel that goes in the engine is used for cooling the pistons, valves and other internal engine components.  If I went too lean on the mixture, I‘d burn a piston or other engine part and destroy the engine.  Plus, hydrogen burns very hot, which would increase the problem.  There was another way that cooled the parts efficiently and made the engine run cooler and, as an extra plus, gave it more horsepower.  I tried it, it worked, so I incorporated it into my basic design.

Now, I had Lexan ® bottles, an electrolyte that wasn’t destructive to man, beast and automobile finishes and an additional bonus for cooling and increasing efficiency.

The next step entailed getting what I had in bottles and jars, into the engine.  My experience has been that the simpler the system, the less likely it is to cause problems and the better it will be in the long run.  Many people believe that everything has to be complicated or it won’t work.  In almost every case, the exact opposite is true.

I’ve written health articles for 25 years and that’s required reading ten’s of thousands of pages of research information and then boiling down what I found so my readers could understand the doctorese.  I’ve used much of what I’ve found in my personal quest for health and it always turns out that the simple stuff works best.  From cars to cosmos, there are a few rules that pertain to all things.  This project proved no different.

With that in mind, I eliminated any ideas about sophisticated computer controls, injection and things that go clunk, and breakdown, in the night.  The only drawback is, the system uses vacuum to deliver the hydrogen and other components, and it won’t work with supercharged or turbocharged engines.  The engine has to be naturally aspirated.

Three years ago, after a lot of blind alleys, I came up with a highly successful unit.  Our personal cars had gotten from twenty-two to fifty percent increases in MPG.  People began asking if I’d teach them what I knew.  I did and they were happy with the results of their installations.  But, another problem arose.  I didn’t have time to teach and have a personal life.  I’d stopped teaching health for the same reason a few years before.  I was back to options.

My answer to the problem was to do one more workshop and have my son video it for me.  We made a DVD, that’s an exact copy of a workshop, plus new information.  Since I build websites for others, I built a website for the DVD.  Now, I can sell the DVD for a reasonable price, guarantee that it will work and my customer can use it on their personal car(s) and/or install the system for others and make a good living doing it.
Simple, it only took five years of testing and research.

The environment benefits, my customers save on gas and the entire system can be built at home, with basic hand tools, for under fifty dollars plus the $12.95 DVD and shipping costs.  I’m happy.  Everything needed is available at most hardware stores, like Lowe’s or Home Depot, and some, but not all, is available at Wal Mart.

You can see the unit and get more information by going to http://www.mileageman1.com

Once you work with the unit, you’ll see that stage 1 is the most important part and all it takes is filling it with water.

Filed under: Lifestyle
Share Tweet Pin G Plus Email
previous article: Excessive noise can cause alteration in cardio-vascular, endocrine and neurological functions.
next article: Noise and it’s affects on the human body: Part 1