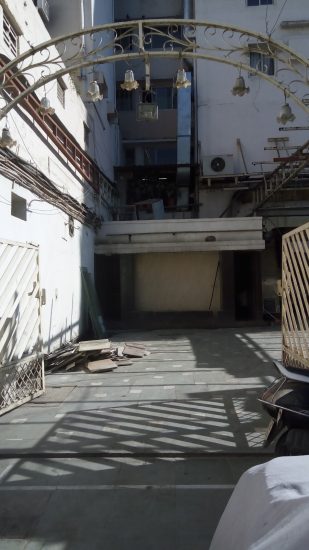 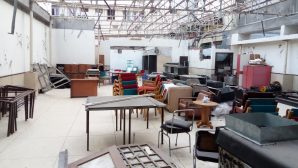 Indore Municipal Corporation officials, who do not hesitate to demolish homes of ordinary people in the name of Smart City, are using every trick in the book to abet the illegal encroachment of Hotel Surya in Indore.

The sprawling five stories high  illegal construction spread over 20,000(twenty thousand) square feet as reported by the Corporation in M.P. High Court is not even touched.The removal team never even visited the hotel buildings.

In confirmation of the criminal coverup, Building Officer claimed that removal is already done to dispose the matter and legitimize the encroachment by covert methods.

Neighbours had lodged a complaint after which orders were made to remove the encroachment made on their property. However, the hotel managed to get away without compliance and punishment by fixing Municipal officials. Now when the pressure is mounting for removal, new tricks and work-arounds are being adopted.

Previously, Indore Municipal Corporation had submitted in M.P. High Court that  hotel Surya’s owner is lying. It alleged him of operating illegal marriage garden by making substantial encroachment. After months of negligent inaction by IMC officials, Indore Municipal Commissioner recently issued order. It required removal of encroachment and prohibition of illegal commercial activities. However, the orders were audaciously defied.

This is follow-up to previous story highlighting the corruption and governance problems with local government and redressal system in India. Here large scale public funded projects are being undertaken for local bodies. Citizens deserve better influence relating to actions and accountability of public officials which effect their basic living rights. Unless cases like these are promptly and justly redressed, one should not expect any optimistic outcomes.

In contrast to above case, massive demolitions are being carried out resulting in misery for ordinary residents. A city which was once crown jewel of the state is now heaving under the shadow of official apathy and institutional corruption.