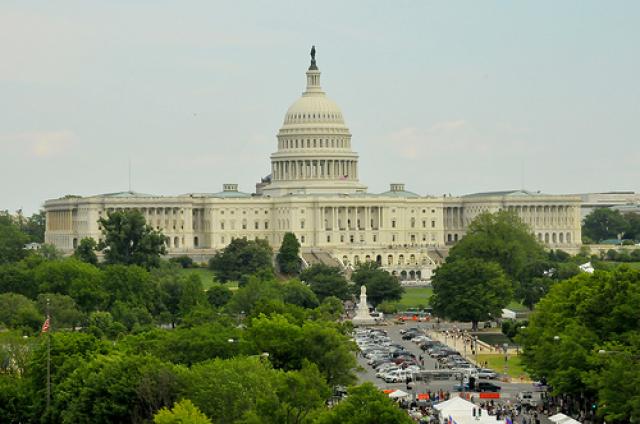 For the third time in little more than a month, the House today voted  (416-12) to extend unemployment insurancebenefits (UI) to unemployed workers who run out of benefits without finding new work. This time, the jobless aid appears to be headed for Senate approval and—wonder of wonders—a presidential signature. Bush threatened to veto previous UI extensions claiming the economy wasn’t in bad enough shape to justify an extension.

House leaders last night announced they had reached a compromise with the Bush White House to include the UI extension in a supplemental funding bill for the war in Iraq. The deal will provide an additional 13 weeks of benefits for the millions of jobless workers who have exhausted their benefits or will run out of benefits over the next several months.

As of the end of May, some 1.55 million unemployed workers had been unemployed for longer than six months, according to the Department of Labor. Under the House-passed bill, about 3.8 million jobless workers would receive help after running out of their state benefits.

The previous UI measures also included an additional 13 weeks of benefits for workers in states with high unemployment rates. The compromise dropped that provision. The Senate is expected to vote next week.

Tonight’s vote on the war funding bill was in two parts. The first was on money earmarked for the war itself, which passed 268-155. The second was on the UI extension and other domestic programs.

Early this year, the AFL-CIO first called for an extension of UI benefits as part of the bill. Since then, the economy has worsened and more jobs have vanished. Some 300,000 jobless workers a month are running out of unemployment benefits. May saw the largest one-month jump in the unemployment rate in more than 20 years. The economy has shed jobs for five months in row, for a loss of 324,000 jobs since December.

The House twice here and here) passed legislation to extend benefits for the long-term jobless and the Senate did once. But Bush continued veto threats and just this week, Senate Republicans blocked a vote on the jobless aid bill.

The war spending bill also includes major improvements in the GI bill to help Iraq-era veterans pay for college. The veterans’ provision was first offered by Sen. Jim Webb (D-Va.) as part of the as part of the original war supplemental bill last month. (We’ll have more on that tomorrow.)

According to The New York Times, the bill also includes money to help the Midwest recover from the recent devastating flooding, funds for the continuing recovery in New Orleans and the Gulf Coast from Hurricane Katrina. It also blocks a series of Bush administration rules that would have cut Medicaid health services for low-income families.

Filed under: Politics, US
Share Tweet Pin G Plus Email
previous article: Who Are Your Wellwishers?
next article: AFSCME Endorses Obama