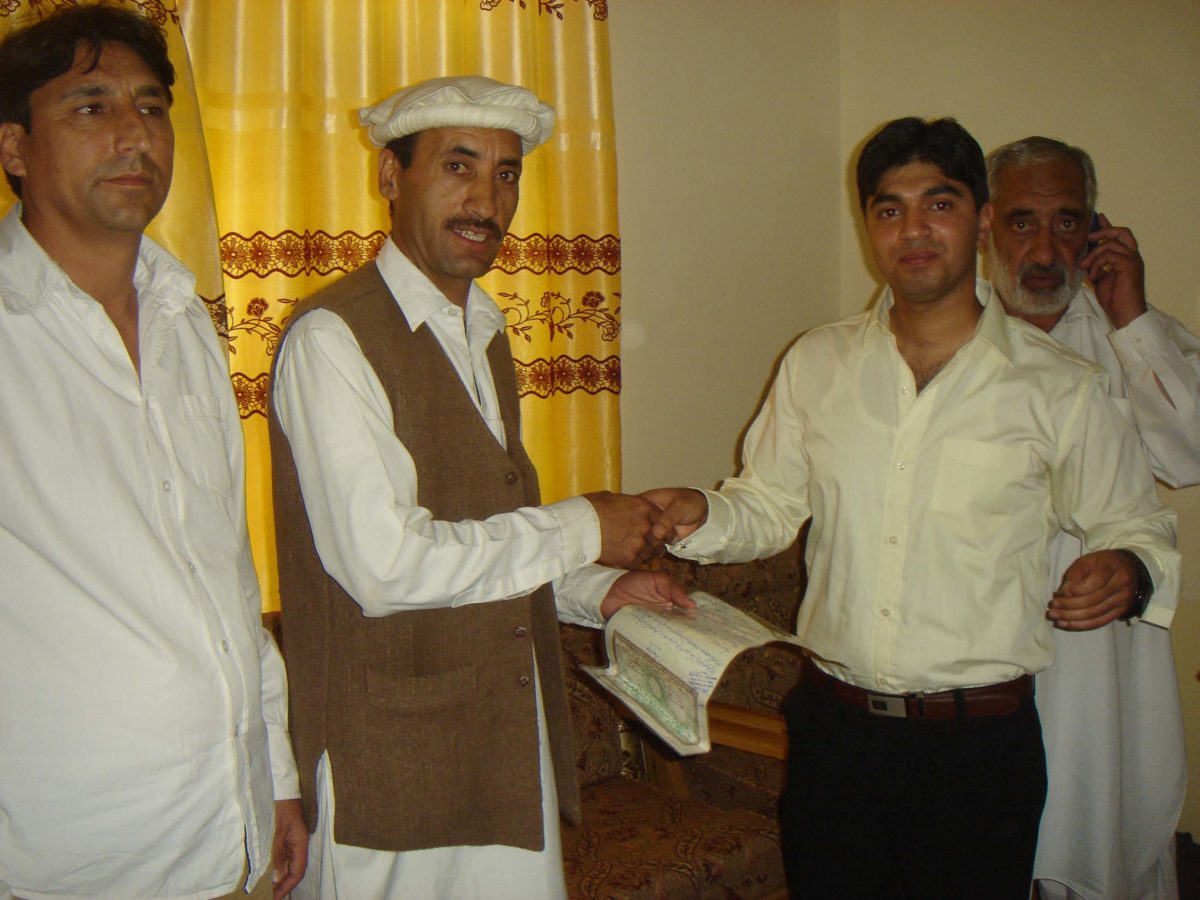 Cheap housing schemes inaugurated.
By: Gul Hamaad Farooqi
CHITRAL: Northern Citizen Community Board (NCCB) extended their housing schemes at Shotkoh (Singor area ) of Chitral. Major M. Peerzada of Pakistan Army Engineering Corp was chief guest on the opening ceremony who cut ribbon and inaugurated housing scheme. The chief guest also handed over legal documents and key of the house to its owner. Talking to this scribe Shahzada Ibrahim Peerzada Managing Director said that NCCB already working in Rawalpindi Sial Motorway) where they allot plots to IDPs (Internal Disturbed persons), flood victims as well as victimized of terrorism of Waziristan and other tense areas on 50% discount rate under IDPs rehabilitation scheme.
Former MPA and chairman NCCB Saeed Ahmad said that this is first housing schemes initiative where middle class people can get their own plot and house through easy installment. He said that some 61 houses consisting on 30 Kanal lands are under construction at Shotkoh while some 65 houses were allotted at Danin Area. Professor Muhammad Dost also hailed the scheme.
Mr. Peerzada said that in this scheme candidate pay down payment and submit remaining amount in 3 years through easy installment. He said that in this schemes expert Engineer designed map of houses and construction also arranged through their own contractor. He said that there was no such scheme in Chitral where it lack of plan land.
He said that NCCB also promoting literacy ratio through their adult education system as well as promoting fish industry of Trout Fish in Laspur valley of upper Chitral. Notable persons of the area participated in launching ceremony of housing scheme.
G.H. Farooqi C/O Manager bank Islami Main branch Chitral Pakistan phone No (0092) 0943-320737, 0943-316052, 0943-414418 ,03205989602, 03025989602, 03337069572, 03159698446, 03469002167
email: gulhamad@gmail.com,ghfarooqi@rediffmail.com, gulhamaad786@yahoo.co.uk,journalist786@outlook.com 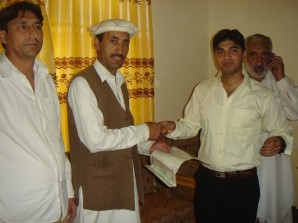 Key and Documents handed over to owner