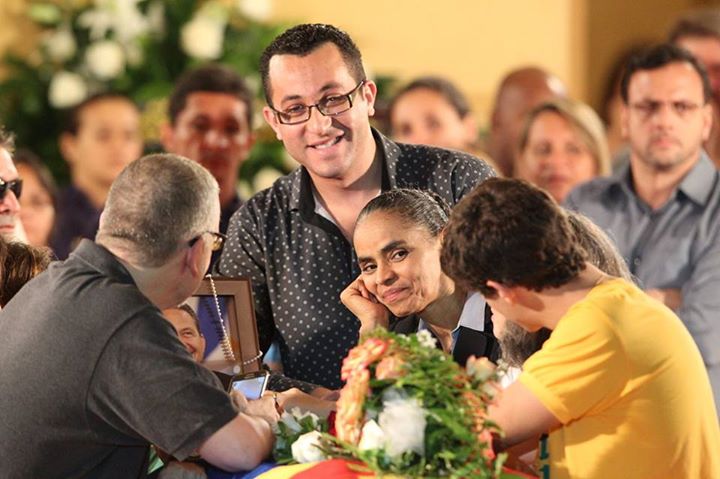 How an innocent smile, that was wrongly reported online and that spread over the internet in Brazil, only makes wonder how many people judge too quickly a book by its cover.

“Look at Marina’s face!”, “How scandalous!”, “She should be ashamed!”, “I can’t believe she’s smiling at Campos’ funerals!”, “Disgusting attitude!”, “Shame on you, Marina Silva!”, “Politicians have no respect for anything!”…

The response on the Brazilian social media to the sharing of the photograph was harsh and sometimes even violent. Without knowing all the facts about what happened when the photograph was taken, people had already made their minds up. To them, Marina Silva was nothing else than a shameful character who was smiling at the funerals of a man who could have changed politics in Brazil.

The photo that does show Vice-Candidate to the Brazilian Presidency, Marina Silva, smiling on the coffin of Eduardo Campos — who died last week in a plane crash, has rapidly spread over the internet and created a buzz in Brazil.

Things, however, are not always what they seem to be… 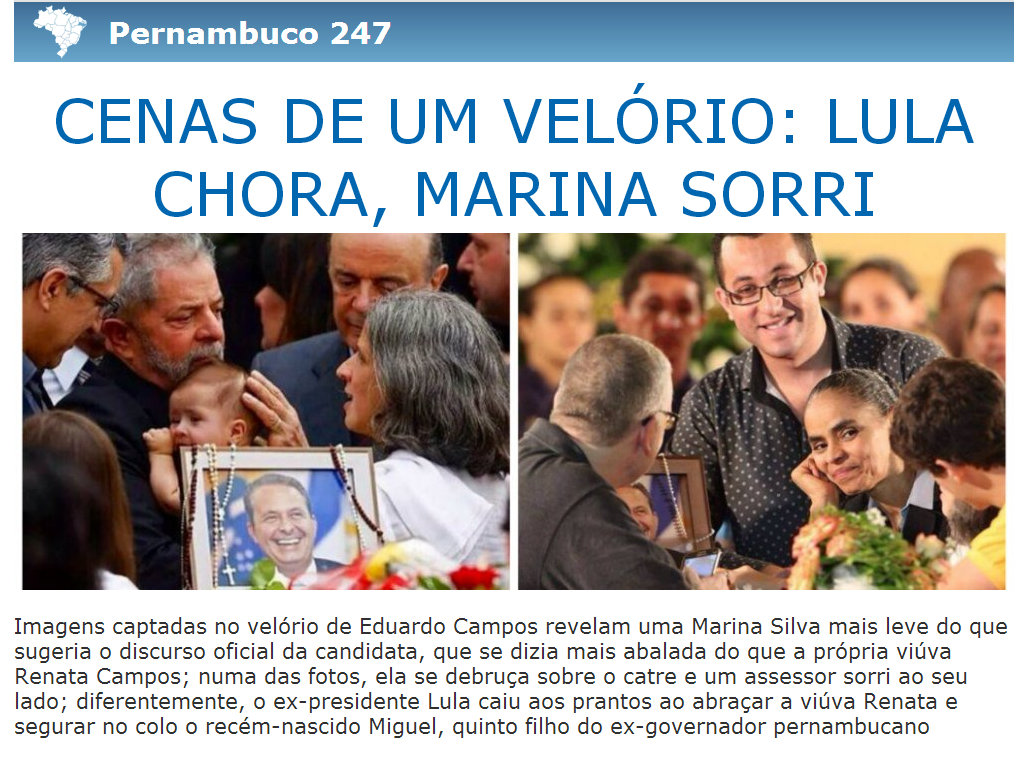 Two Photographs, One Funeral And One Version Of The Event

The case against Marina Silva was fabricated by Brazilian online media Brasil 247 that showed on its website two photographs: one of former president Lula looking sad holding the fifth and youngest child of Campos and one of Ms Silva smiling. As if the pictures were not enough, Brasil 247 suggested in its article that Marina Silva looked brighter than she sounded in a press conference in which she talked about the Socialist candidate’s death.

The Truth About The Photograph

Fortunately, Saulo Souza, a councillor in the state of São Paulo, who also appears smiling on the photograph, took the matter to his Facebook page to explain what actually happened on the day:

“At some point during the morning, in front of Marina, I asked Renata (Eduardo Campos’ wife) how she explained the remarkable strength the boys had demonstrated in the face of such suffering and pain. She calmly touched the frame of Eduardo on the coffin and said how beautiful she thought his smile was on the picture, and how he always told the family to smile at all times of life even when the pain is a torture. Then, she said she was proud of him because he had left a message and an inspiring legacy to Brazil. Finally, she recalled how much he liked to tell “stories” and brighten up the lives of everyone. And we smiled. The five of us.” 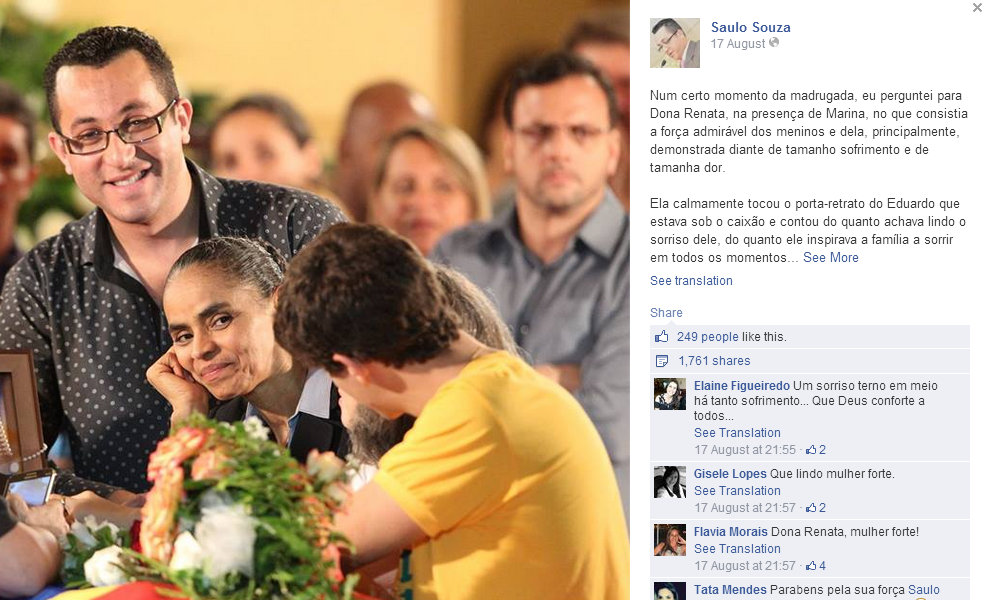 By publishing the two photographs side by side and commenting on what they seemed to show rather than trying to find out the reason why Ms Silva was actually smiling that morning, Brasil 247 took the party of not reporting the facts and assuming what they meant instead.

Journalism is all about reporting the facts and explain them, not imagine them and take their interpretation for granted.