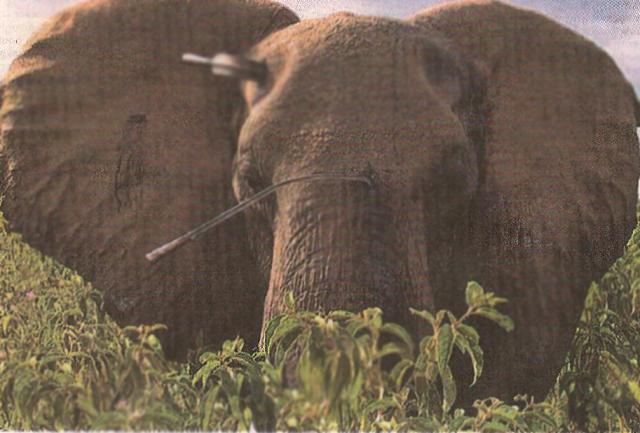 Humans are losing their humanity. This is a picture of a wounded elephant wandering in the Amboseli National park, South Kenya. The picture of a dying elephant. The elephant with swords pierced into its head accentuate that humans are really, really brutal.

Four elephants and three lions were killed recently. Shortly this elephant will also die. A death resulted from the greed of human.

Hunting elephants for ivory is increasing in parts of Africa. Though there are world organizations to preserve the wild, it is not effectively engaged in deep African forests.