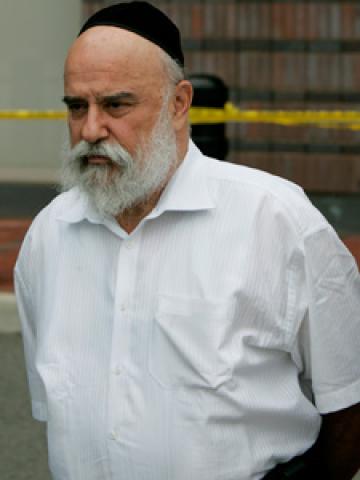 The arrest of Levy Izhak Rosenbaum, the Brooklyn resident charged last month with acting as a "matchmaker" for buyers and sellers of human organs, spotlights the issue of live donor organ trafficking in the United States. It also raises a question: How could Rosenbaum ply his trade for as long as a decade, according to statements in the criminal complaint filed against him, without being caught?

The 1984 National Organ Transplantation Act states clearly that the buying and selling of organs is illegal: Violators face up to five years in prison and a $50,000 fine. The prohibition is intended to prevent exploitation of the poor or others who might be tempted to sell an organ out of desperation.

"Other countries have mobilized the justice system around the traffic, and the U.S. has in my estimation turned a blind eye," said Nancy Scheper-Hughes, an anthropologist from University of California, Berkeley who has documented the international organ trafficking business for more than a decade. The Daily News in New York reported that Scheper-Hughes had informed the FBI about Rosenbaum’s business seven years before he was finally arrested.

Some who follow the donation process aren’t surprised by the lack of enforcement interest.

Alex Capron, a professor of health care law, policy and ethics at the University of Southern California, said reports of potentially illegal organ transactions are rare within the medical community because doctors feel bound by a confidential relationship with their patients.

"My guess is the doctor would simply drag his feet, and the patient would disappear rather than having the police swoop in," Capron said.

The United Network for Organ Sharing, a nonprofit organization under contract with the Department of Health and Human Services, has established guidelines for members of its Organ Procurement and Transplantation Network. To gain membership in the network, which is mandatory to receive Medicare payments, transplant centers must demonstrate that they make sure a recipient isn’t purchasing the organ. They also must have an independent donor advocate on staff and conduct psychosocial assessments prior to surgery. The organization conducts occasional audits to make sure members comply.

But the network’s guidelines don’t specify how rigorous an investigation must be. They state only that the center should get "confirmation of the voluntary nature of proceeding with the evaluation and the donation."

A UNOS spokesman acknowledged that the burden of proof can vary from center to center. He also said that tips about suspicious activity have been passed on to federal authorities in the past.

Dr. Gabriel Danovitch, medical director of the kidney transplant program at University of California, Los Angeles, said that the process of live organ donation is effectively governed by trust, and that more regulation could deter legal donors. Doctors and hospitals know their reputations would be destroyed if they broke the law, he said.

"We are not police, and we are not the FBI and we do not do, for instance, Social Security background checks or identification checks — and we haven’t found that necessary to do so because we use our best judgment," Danovitch said.

As an example, he recalled nixing a suspicious donation of a kidney by a gardener to his multimillionaire employer. "It didn’t smell right," he said.

The charges against Rosenbaum go beyond a single illegal exchange. According to the criminal complaint, Rosenbaum claimed to have been in the business of brokering live organ sales for 10 years. He allegedly charged the kidney recipient $150,000 to find a donor.

To justify the cost, the complaint says Rosenbaum cited the expense of medical examinations in Israel, visa fees and the donor’s care in recovery. From the information available thus far in the case, it’s unclear who else was involved. The only other person cited in the complaint is a lab worker whom Rosenbaum paid in cash to verify recipients’ blood types.

Danovitch said there are three possible scenarios for how such a longstanding scheme could exist: The hospitals and doctors were successfully hoodwinked into believing the emotional relationship between the donor and the recipient; they turned a blind eye to signs of impropriety; or they were complicit in the scheme.

Danovitch said there’s no evidence that doctors or hospitals have been complicit in such schemes. If the Rosenbaum case or others end up revealing systemic wrongdoing, he said he would support stricter rules and greater oversight.

In the criminal complaint, Rosenbaum allegedly helped coach a donor and recipient to fool doctors and create a fictitious relationship. He called it "the easy part," the complaint says.

Scheper-Hughes said investigations by her and by various news investigations (such as this one from Newsweek) indicate the sale of live organs isn’t as widespread in the U.S. as it is in some other countries, but it does exist here.

"This has been known," Scheper-Hughes said. "It’s not a secret."

She expressed frustration that the transplant community worked to keep oversight "inside the fold."

"That’s just not the way justice works in the world," she said.