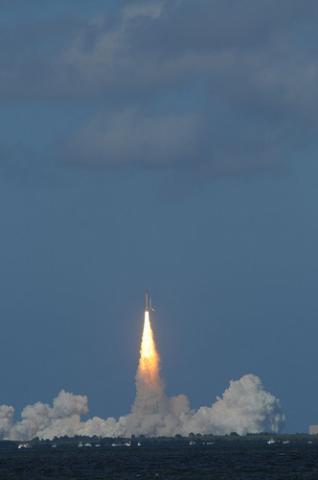 When we look back at Sputnik, we naturally associate it with space exploration, JFK’s moon exploration speech, the moon landing and the first satellite. In our minds, Sputnik’s launch was the first event of the Space Race, a noble adventure started by the leaders of the cold war to demonstrate scientific and technological superiority.

The reality is quite different.  Neither the Soviet Union nor the United States started the space race intentionality; the desire for nuclear supremacy did.

Sputnik was intended as demonstration of nuclear warfare superiority and its development and funding were hardly motivated by any ‘space race’.

At the end of the second world war, the Soviets, Americans and Germans were all in-vested in projects to develop the first atomic bomb. On July 16, 1945, the United States exploded the first ever atomic bomb, within 20 days of this experiment, the ‘device’ was packaged into a bomb and loaded in an American B-29 bomber named the Enola Gay.

It took more than six hours for Enola Gay to deliver the bomb from the local base in the pacific to Hiroshima – directly killing an estimated 70,000 people. By the end of the year, injury and radiation brought total casualties to 90,000 to 140,000.
Three days after Hiroshima, the United States drop the second bomb Fat Man on Na-gasaki. Finally a week later on August 15th, Japan surrenders marking the end of World War II.

While Russia was behind in the development of the atomic bomb (Russia didn’t successfully develop the nuclear bomb until 1949), it became very clear that having ‘the bomb’ would not be the only factor to determine strategic military superiority; how quickly one could deliver it to the enemy would become the key advantage in nuclear warfare.

Before Sputnik, nuclear bombs would be delivered by plane, taking hours to reach their targets. If a nuclear power could develop a rocket that could shoot a nuclear bomb across continents in under one hour, it would give immediate supremacy over the other nuclear power nations. Such rocket would be called an Inter Continental Ballistic Missile (ICBM)

The importance of being the first nation to obtain a nuclear ICBM became obvious as early as 1945, immediately the Soviets and Americans started covert operations to re-cruit the best German scientists and continue the development the German rocket pro-gram for their own interest. This is also the moment when the United States and Soviet Union started working against each other on many fronts, marking the beginning of the Cold War.

Once the German scientist were recruited, both camps started ICBM development pro-grams – the first milestone of this project was to develop the ability to deliver a large ob-ject (nuclear warhead or as a proof of concept a satellite) into space.  The fastest and most efficient way to send a rocket across continents is via space, where the lack of fric-tion and gravity allows high speed travel and atmosphere re-entry with very little energy (once you get the missile into space that is).

Once you achieve this objective, building the world’s first operational Inter Continental Ballistic Missile (ICBM) would be a matter of developing an accurate re-entry vehicle for the nuclear warhead.  With an ICBM, the nuclear warhead is ‘dropped’ on it’s target into a trajectory from space – in the atmosphere re-entry phase there’s no rocket to pro-pulse it – the biggest challenge is to get the warhead into space on the desired trajectory.

The Soviets won the ICBM race – and successfully developed and tested the R-7 Semy-orka rocket. Scientists involved in the ICBM program then saw the possibility of using the rocket to launch the first satellite. At first Soviet leadership wanted to keep this ca-pability secret but convinced by the scientists they agreed to launch the first satellite as a proof of concept and test. The Soviet military mostly saw this exercise as a gimmick as they wanted to keep the rocket for the secret ICBM program.

On October 4, 1957 – Sputnik was the proof to the world that the Soviet Union could deliver nuclear weapons to the United States in under 1 hour. In russia it only made a side col-umn of Pravda on that day – the soviet government looked at this achievement as the first step to the ICBM and nuclear supremacy – they failed to forecast how it could in-spire the masses and drag them into a new race.

The photos and video from Sputnik made front page news in the western world, spark-ing a craze and inspiring the masses – but not as a nuclear threat but as an inspiration to the space conquest and technological superiority.

The American effort was immediately stepped up to launch to launch the first satellite but ended in spectacular failure – with the Vanguard rocket exploding on live television. America was suddenly behind on two fronts – the arms race and the unanticipated space race. The U.S.’s first successful ICBM, the Atlas A, was launched on 17 Decem-ber 1957, four months after the Soviet R-7 flight.

On July 29, 1958 , less than a year after Sputnik, President Eisenhower formally brought the U.S. into the Space Race by signing the National Aeronautics and Space Act, creating NASA and later Project Mercury. Only then did the Space Race moved into it’s own agency from the military program to develop ICBM’s.
The rockets that launched the first man in space and put man on the moon were all modified ICBMs or based on ICBM designs. The scientist that lead the American land-ing on the moon was Wernher von Braun – the german inventor of the V-2 rocket.

Sputnik should be perceived in our hearts as the first milestone in establishing the nu-clear deterrence environment we live in today. This threat of Mutual assured destruction which on one hand appear to have stabilized the world today but is responsible for ex-posing our lives to this thin thread of technology stopping ICBM’s from being launched accidentally. We of course all prefer to think about space exploration and forget the possibility of nuclear holocaust and the existence of ICBM’s.

Modern ICBM Flight Phases
Boost phase — 3 to 5 minutes (shorter for a solid rocket than for a liquid-propellant rocket); altitude at the end of this phase is typically 150 to 400 km depending on the tra-jectory chosen, typical burnout speed is 7 km/s.

Midcourse phase — approx. 25 minutes — sub-orbital spaceflight in an elliptic orbit; the orbit is part of an ellipse with a vertical major axis; the apogee (halfway the mid-course phase) is at an altitude of approximately 1200 km; the semi-major axis is be-tween 3,186 km and 6,372 km; the projection of the orbit on the Earth’s surface is close to a great circle, slightly displaced due to earth rotation during the time of flight; the mis-sile may release several independent warheads, and penetration aids such as metallic-coated balloons, aluminum chaff, and full-scale warhead decoys.

Filed under: Health & Science
Share Tweet Pin G Plus Email
previous article: Vilsack to Clinton: Time To Acknowledge It’s Over For You
next article: Tondorai Ndira Joins The Statistic of Opposition Activists Killed In Zimbabwe