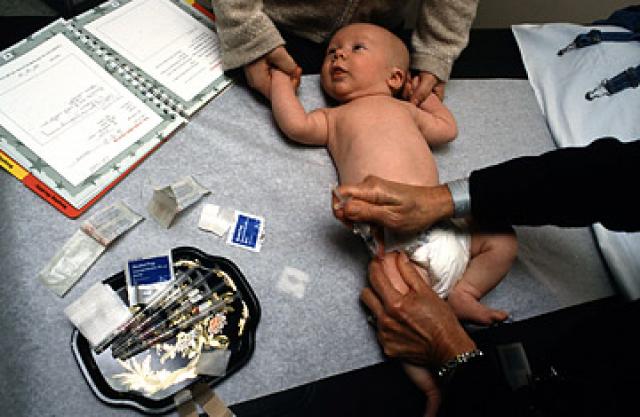 Life, if you’re a bacterium or virus, boils down to this: finding a pristine human home to provide for your every need, from food and nutrients to shelter against biological storms. As a microbial drifter, you can literally travel the world, hopping from host to host when the opportunity presents itself or when conditions at your temporary residence start heading south. There’s no worry about taking along life’s necessities either-viruses in particular are adept at traveling light; incapable of reproducing on their own, they think nothing of co-opting the reproductive machinery of their cellular sponsors to help them spawn generation after generation of freeloading progeny.

But ever since Edward Jenner, a country doctor in England, inoculated his son and a handful of other children against smallpox in 1796 by exposing them to cowpox pus, things have been tougher on humans’ most unwelcome intruders. In the past century, vaccines against diphtheria, polio, pertussis, measles, mumps and rubella, not to mention the more recent additions of hepatitis B and chicken pox, have wired humans with powerful immune sentries to ward off uninvited invasions. And thanks to state laws requiring vaccinations for youngsters enrolling in kindergarten, the U.S. currently enjoys the highest immunization rate ever; 77% of children embarking on the first day of school are completely up to date on their recommended doses and most of the remaining children are missing just a few shots.

Yet simmering beneath these national numbers is a trend that’s working in the microbes’ favor-and against ours. Spurred by claims that vaccinations can be linked to autism, increasing numbers of parents are raising questions about whether vaccines, far from panaceas, are actually harmful to children. When the immune system of a baby or young child is just coming online, is it such a good idea to challenge it with antigens to so many bugs? Have the safety, efficacy and side effects of this flood of inoculations really been worked through? Just last month the U.S. government, which has always stood by the safety of vaccines, acknowledged that a 9-year-old Georgia girl with a preexisting cellular disease had been made worse by inoculations she had received as an infant, which “significantly aggravated” the condition, resulting in a brain disorder with autism-like symptoms.

Though the government stressed that the case was an exceptional one, it provided exactly the smoking gun that vaccine detractors had been looking for and vaccine proponents had been dreading. More and more, all this wrangling over risks and benefits is leading confused parents simply to opt out of vaccines altogether. Despite the rules requiring students to be vaccinated, doctors can issue waivers to kids whose compromised immune system might make vaccines risky. Additionally, all but two states allow waivers for children whose parents object to vaccines on religious grounds; 20 allow parents to opt out on philosophical grounds. Currently, nearly one-half of 1% of kids enrolled in school are unvaccinated under a medical waiver; 2% to 3% have a nonmedical one, and the numbers appear to be rising.

Parents of these unimmunized kids know that as long as nearly all the other children get their shots, there should not be enough pathogen around to sicken anyone. But that’s a fragile shield. Infectious-disease bugs continue to travel the globe, always ready to launch the next big public-health threat. Pockets of intentionally unvaccinated children provide a perfect place for a disease to squat, leading to outbreaks that spread to other unprotected kids, infants and the elderly. Ongoing measles outbreaks in four states are centered in such communities; one originated with an unimmunized boy from San Diego who contracted the virus while traveling in Europe-where the bug was thriving among intentionally unimmunized people in Switzerland. Dr. Anne Schuchat, director of the National Center for Immunization and Respiratory Diseases at the Centers for Disease Control and Prevention (CDC), says, “We are seeing more outbreaks that look different, concentrated among intentionally unimmunized people. I hope they are not the beginning of a worse trend.”

If they are, it’s possible that once rampant diseases such as measles, mumps and whooping cough will storm back, even in developed nations with robust public-health programs. That is forcing both policymakers and parents to wrestle with a dilemma that goes to the heart of democracy: whether the common welfare should trump the individual’s right to choose. Parents torn between what’s good for the world and what’s good for their child will-no surprise-choose the child. But even then, they wonder if that means to opt for the vaccines and face the potential perils of errant chemistry or to decline the vaccines and face the dangers of the bugs. There is, as yet, no simple solution, but answers are emerging.