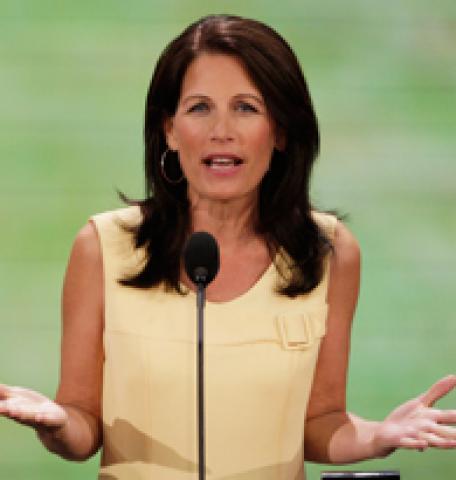 In less than a week, a quiet Minnesota race has become one of the most talked about in the country, after the incumbent, Republican Michele Bachmann, made statements on the show “Hardball with Chris Matthews” suggesting that Barack Obama holds “anti-American” views.

“Bachmann’s interview has turned the race into one of the country’s most intensely watched. It also unleashed an online backlash against Bachmann, who many local political observers assumed would easily win reelection,” said the paper.

The National Republican Congressional Committee has cancelled television ads for Bachmann that were supposed to start running next week, the Minneapolis Star-Tribune reported. “A Republican source confirmed Wednesday that the NRCC is pulling its funding out of the Sixth District race,” the Star-Tribune said.

But David Wasserman, a political analyst, said that it’s not necessarily over for Bachmann, who has “one final path to victory: to portray her political opponents as East Coast elitists, including Chris Matthews, but also contributors to Tinklenberg’s campaign over the past 72 hours,” the Star-Tribune quoted him as saying.

Wasserman also doesn’t think the ad cancellation meant the GOP sees Bachmann as a lost cause.