Construction firms appear poised for an increase in infrastructure demand. President Donald Trump has voiced several statements that suggest ample support for the construction industry, with some moves occurring in the very near future. Recently, the president suggested he may release an infrastructure bill in tandem with a tax reform measure. The news of the bill’s potential release was enough to noticeably increase the stocks of big construction players like Caterpillar, John Deere, Aecom, Fluor and Vulcan Materials Company.

Trump’s prioritization of infrastructure speaks to his desire for a legislative victory. Throughout his campaign, he spoke of constructing a wall on the border, which would require significant infrastructure demand and an increase in national security in general. These campaign messages combined with his urgency to address infrastructure has made many construction firms optimistic regarding potentially increased demand, as evidenced by the industry’s surging stocks as of late. 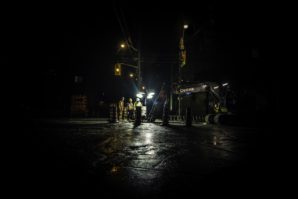 What Construction Companies Can Do

Assuming that President Trump’s emphasis on infrastructure remains, construction firms are prudently looking at methods to help scale up, so they can meet infrastructure demands. To prepare for an increase in construction projects, some things for firms to consider are:

Especially when faced with a flurry of new projects, the timeliest and most cost-effective method to ensure enough equipment is often by renting. It’s impractical for many firms to purchase an excess of vehicles if their projects are typically smaller. As a result, in the face of larger infrastructure projects, renting is the way to go.

In addition to the obvious benefit of avoiding the initial purchase cost, renting construction equipment entails less repair and maintenance costs. Typically, rented equipment has a warranty of some sort. Unless the firm at fault for the damage, they typically won’t have to pay for damages. Also, firms that purchase all their construction equipment must endure depreciation, as the equipment will never be as valuable as it was when purchased new.

If an infrastructure project is located a considerable distance from a firm’s headquarters, renting equipment from a retailer closer to the project site can save considerably on transportation costs. This is cost-saving flexibility that owning equipment can’t compete with.

Working alongside a rental company or buying used equipment can also aid in choosing the best, most cost-efficient models for the project at hand. For example, there are six CMAA classes to consider when choosing a crane. Going the rental route here can help determine what would be most suitable for a project. The categories range from infrequent and light service (two to five lifts per hour with 10 feet average) to severe (20 or more lifts per hour) and continuous severe service.

Scaling up often entails hiring more people, regardless of the business. In the construction industry, businesses will often need a certain amount of manpower to complete a project within the reasonably expected timeframe. However, for an increase in the number or scale of projects, it can make more sense to recruit for part-time and contracting positions, rather than invest in full-time employees who may not be needed beyond the project.

Every business with a semblance of competition should value their brand and image. As far as construction goes, there are firms throughout the country. It’s rare that a locale has only one firm. As a result, especially in the midst of a surging infrastructure market, re-evaluating the brand and image can be crucial to getting new contracts, whether in the form of private or government contracts.

One idea is to hire a social media person part-time, preferably someone young and with a know-how of social media. Alternatively, a business could hire someone full-time to focus on this, in addition to a professionally made website, customer referral program and unified vehicles and attire. Infrastructure demand may be rising, but any firm still needs to put full effort into brand and image — the work typically won’t come to a business on its own without those components.

Construction firms often bid for various projects, with the lowest bidder often winning out. It’s great to be handed a paying project, but it’s crucial to analyze the firm’s financial status to determine the lowest amount the project can feasibly be completed for. Devoting resources and manpower to a project that pays out only marginally may not be the best use of time or money.

Even in the face of ample demand, never accept lower than this agreed-upon number. The lowest bid tends to lose out more than people think, though, as consumers might equate the lowest bid with poor quality and service.
These steps can help considerably in enabling construction firms to achieve great opportunity within a new presidential administration that appears poised to invest considerably in infrastructure.