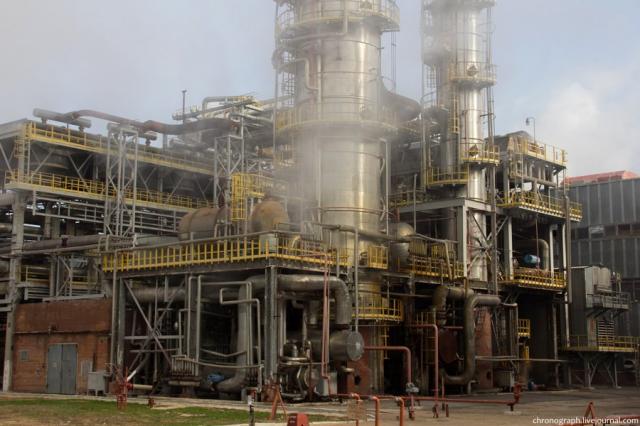 According to a Chinese source from administration of Hubei city, a chemical combine in China is in talks to a Russian plant on the details of the acquisition deal. To be exact, some source from  administration of Hubei Jingzhou Chengnan Economic Development Zone, told Demotix newssite that Hubei Yihua Chemical Industry Co Ltd. displayed interest to buy into a large Russian ammonium and urea producer Togliattiazot in the attempt to manage its worldwide expansion plans. According to the informed source, negotiations with general owner of Togliattiazot combine, the Makhlai’s family had started last year and after a small intermission has been resumed again.

The article claims, that the representatives of Hubei Yihua had already visited Russian plant and reviewed its production chain, technological equipment and financial documentation. Togliattiazot is one of the largest Russian chemical combines with annual production capacity of up to 3 million tons of ammonia. According to the financial data available on the market, revenues of the plant in 2010 corresponded to 623 million US dollars. According to the source from China — the interest for controlling stake in the combine can cost Hubei Yihua around 6.3 billion yuan (a rough estimate of 1 billion US dollars). The deal would allow Chinese enterprise to significantly strengthen positions on prospective European and US markets, which are primary sales markets for Togliattiazot. Current export operations Togliattiazot manages through seaport of Odessa, Ukraine, where Hubei also currently have interests.
Beijing and Hong-Kong analysts are joint and several in their opinion that worldwide fertilizers markets is in its slow recovery stage. This could lead to a significant growth for prices for the ammonium and urea on the market, if the Middle East crisis would develop further and suppliers from this region will temporarily vanish from the market. Good market conditions still not fully play on the hand for Chinese producers as their worldwide expansion hindered by export limitations.
Hubei Yihua Chemical Industry Co., Ltd. is the large producer and supplier of complex mineral fertilizers and other types of chemical production. Company produces carbamide, polyvinyl chloride, different types of plastics and polymers, and ammonium phosphate, which is developed on the base of large phosphate deposit located in the Hubei province. Revenue of Hubei Yihua in 2011 has made 17,7 billion yuan (around 2,8 billion US dollars).
Positive financial data has been partly overshadowed by a series of accident which occurred on Hubei Yihua capacities during the recent years. So, in 2010 on one of the plants during the serious accident five workers had died. In February 2010 explosion on the plant in Yichang killed two workers, while in June, 2007 during large accident on the Hubei Yihua ammonium production plant explosion has victimized 23 people.
* – This article originally appeared on Tilde Finance and has been republished with permission.
Filed under: Automotive, Business
Share Tweet Pin G Plus Email
previous article: Independence Day celebrated at Kargil
next article: Pakistan celebrates independence with youth