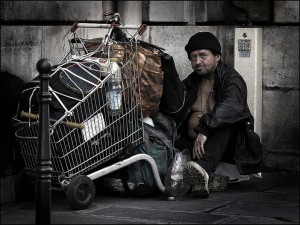 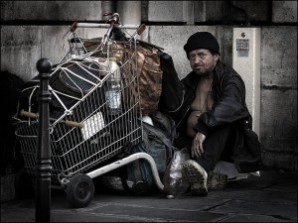 Homeless need not apply without the proper I.D.

Noticeable changes are happening at the CASS (Central Arizona Shelter Services) in Phoenix Arizona – many of which are not very positive for the homeless community.

Visitors to the Homeless Services Campus now have to “justify” their need to enter the campus – with many being turned away if they don’t have a Human Services card or CASS I.D.

In trying to visit the campus myself I was turned away twice because I didn’t have a proper I.D. card. On another occasion I was allowed to go to the Veterans Homeless Outreach services only after receiving a “purple slip” then instructed that I need to take care of my business and then leave the campus. That “loitering” was no longer allowed?

Another time the gate keeper had to ask someone permission before I could visit Southwest Behavior Homeless Outreach and referral services.

It used to be that the Human Services Campus and CASS was a place to go to escape the heat and receive a meal at St. Vincent De Paul.

Apparently this is an effort to cut down on “loitering” – which is what people do when they are homeless, because they have no where else to go.

This is having some undesirable results.

Most notably in a sense of general confusion among people who operate under the assumption that they are no longer  allowed to eat meals at St. Vincent De Paul, which is located on the Human Services Campus at CASS.

Making matters worse in many respects are the Phoenix Police Department which aggressively patrol the area and “herds” people away from the area  by saying that they are no longer allowed to sit on the sidewalk or curbside near the campus.