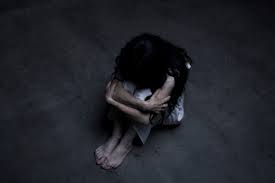 Every year, thousands of children become victims of human traffickers. Many of them are right here in our own backyard.

On February 2, 2015 Rep. Bennie Thompson of Pennsylvania asked for and was granted permission to address the United States House of Representatives for one minute regarding the horrific crime of human sex trafficking of children:

“Mr. Speaker, human sex trafficking continues to be a major problem plaguing both America and countries around the globe.

The Department of Homeland Security cumulatively estimates there are approximately 1.4 million victims of sexual servitude at any one time on an international scale; furthermore, the FBI has estimated that over 300,000 American children are at risk of sexual exploitation and trafficking annually.

Last week, the House moved forward on several pieces of legislation aimed at preventing and combating this horrific fact. I am proud to have cosponsored and voted in favor of several bills last week which diverted more financial and labor-intensive resources to countering these atrocities.

These bills include H.R. 514, the Human Trafficking Prioritization Act, and H.R. 469, the Strengthening Child Welfare Response to Trafficking Act, among others. Each of these bills passed with overwhelming bipartisan support and will be commonsense steps in the path towards shutting down these operations.

Mr. Speaker, I look forward to continuing to work with my colleagues on both sides of the aisle to support further actions that will further protect these vulnerable populations.”

Filed under: News, US
Share Tweet Pin G Plus Email
previous article: The White House seeks to define the Taliban and ISIS in different terms for political reasons which make absolutely no sense whatsoever!
next article: “We lose thousands of veterans every year to suicide”, warns Senator McConnell