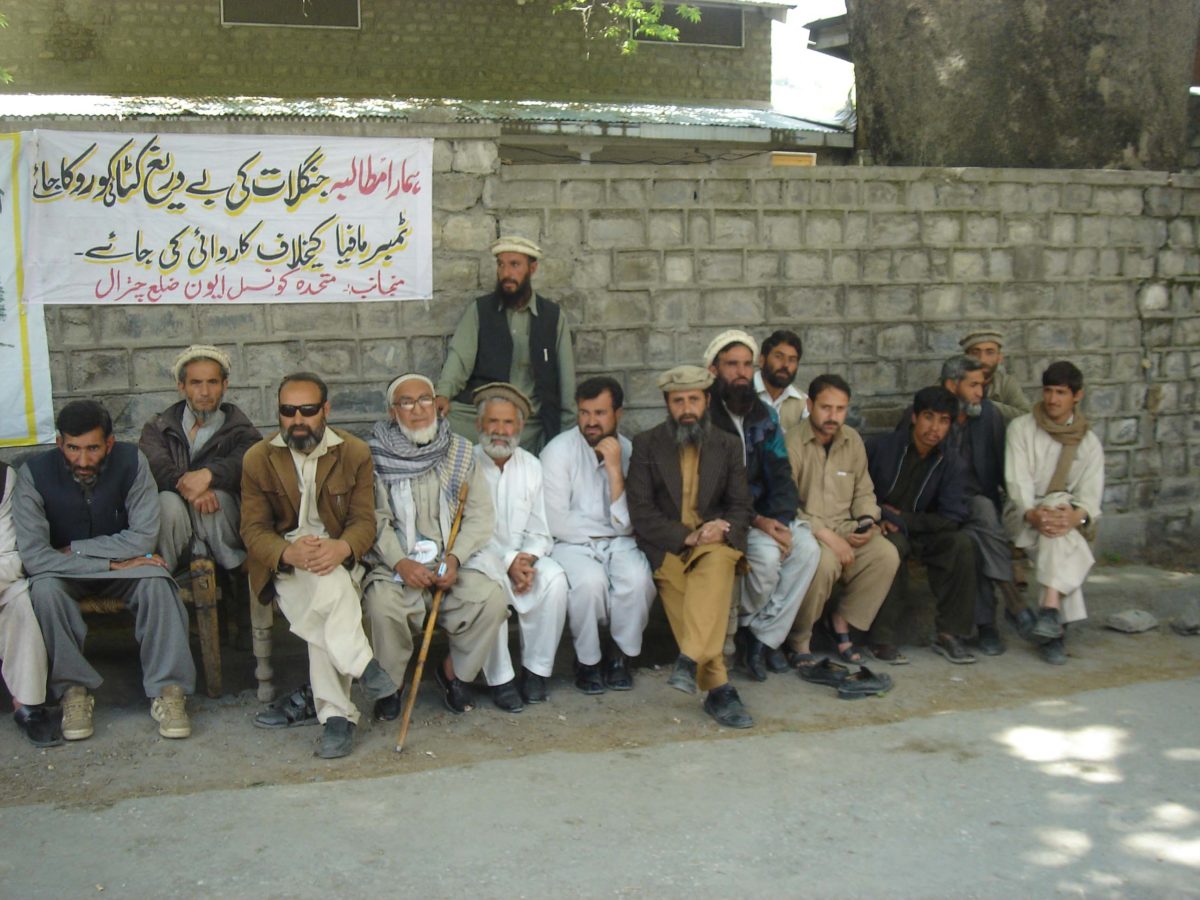 Hunger Strikes by Ayun Pele against Timber Mafia enter in 2nd day.
By: Gul Hamaad Farooqi
CHITRAL: United Council Rights and conservation of forest Ayun set in a token hunger strike against brutality cutting of forest. (Mutahida council wa Tahafuzi Haqooqi Jangalat Ayun) urged on district administration as well as provincial government for imposing ban on cutting of forest. Talking to this scribe they said that Chitral is a big district by virtue of land where 1.67% forest existing which is insufficient for dwellers of Chitral.
They said that we appeal to provincial government for banning commercial cutting of forest. They said that according to provincial government notification of 1975 forest is state property and people of Chitral most deserve for royalty of forest instead to be export it out of Chitral. They said that forest department should to fulfill requirement of local people for infrastructure wood from Chitral forests.
They alleged that deserving people of Chitral give bribe to joint forest management committee to get legal permit for timber during construction their houses. They said that government of Pakistan get millions of dollars from IMF for conservation of forest but forest department by itself involve in brutality cutting of forest.
They said that due to deforestation tremendous flood damaged the country in 2010 and afterward. They said that our elected representatives also supporting and involved in timber mafia and they not interest in banning of its cutting. The hunger strike camp was held on Tuesday for 8 hours they said that its duration will be increased gradually to 12 hours and if our genuine demand was not fulfilled they will continue hunger strike till their death.
G.H. Farooqi C/O Manager bank Islami Main branch Chitral Pakistan phone No (0092) 0943-320737, 0943-316052, 0943-414418 ,03205989602, 03025989602, 03337069572, 03159698446, 03469002167
email: gulhamad@gmail.com,ghfarooqi@rediffmail.com, gulhamaad786@yahoo.co.uk,journalist786@outlook.com 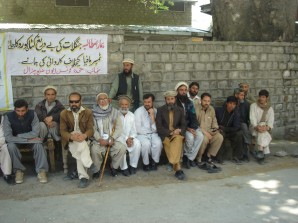