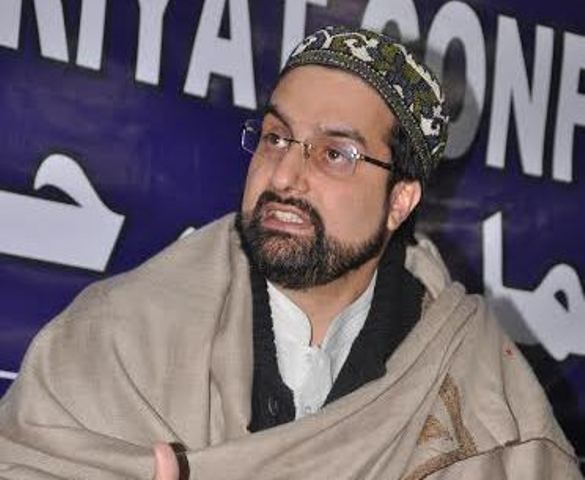 It was the first such meeting which took place after the devastating floods struck the capital city.

The meeting was attended by the heads of all the constituents during which the participants took stock of ongoing political situation, organizational matters, losses incurred by the floods to life and property and the escalation of tension along the Line of Control (LoC) between India and Pakistan.

The participants lauded the efforts of APHC leader in providing relief and succor to the general public during the floods.

The participants expressed satisfaction over the efforts of Mirwaiz for leading from the front in relief and rescue operations during the recent floods.

Exhibting regret over the silence of the central and the state government as far as the relief and rehabilitation of flood victims was concerned, the participants stated that some elements were doing cheap politics and were on the path of discriminatory tactics in these times of difficulty and distress.

The participants stated that winter was approaching fast and the pro-Indian politicians instead of rehabilitating the homeless people were playing petty electoral politics to reap their own vested interest from the people`s tragedy.

The participants said that it reflects the anti-people policy and attitude adopted by the pro-Indian politicians who could stoop low to any level to remain in power.

Articulating concern over the escalation of tension on LoC between India and Pakistan, the participants said that both the countries should leave the confrontational path and instead solve Kashmir- the main source of tension between the two countries.

The participants expressed satisfaction over the working of grievance cell. They said that
establishment of such cells was necessary for exposing the black sheep existing in the society who were trying to benefit out of the tragedy.