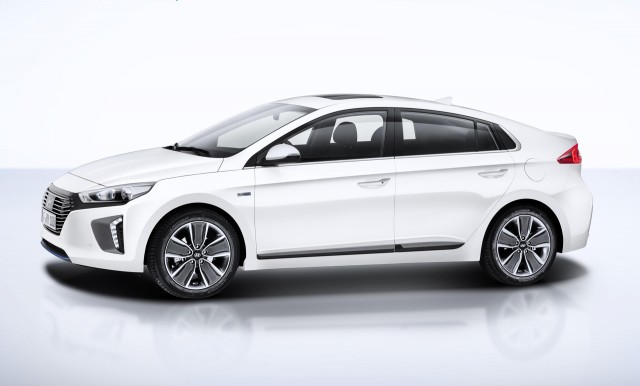 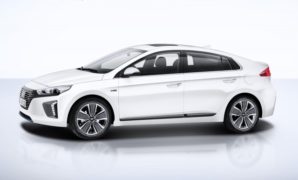 Toyota has long been the undisputed plug-in hybrid leader, with its Prius family being the top-selling hybrid model for years now. Many automakers have tried to challenge the Prius with hybrid models of their own, but failed to threaten its dominance.

But, Toyota’s competitors continue their efforts for building a Prius rival, with Hyundai as the latest manufacturer to launch a model that is touted as the one that will truly challenge the world’s most popular hybrid.

Hyundai had been talking about its Prius rival for a few years now, and it was finally unveiled at an event in Seoul, along with detailed information on it. The car has been dubbed “Ioniq”, which is a portmanteau of the words “ion” and “unique”.

There are numerous features that make the Ioniq stand out and justify its name. For starters, it’s built on a dedicated chassis that has been specifically designed to be compatible with three different powertrains – battery electric, hybrid, and plug-in hybrid, which is a world’s first.

The hybrid model will be the first to hit showrooms. Hyundai released specifications for the hybrid, and it seems that the Ioniq does what it takes to compete against the Prius successfully.

Sporty Looks, With Not as Sporty Performance

The Ioniq is a five-door hatchback, featuring a sporty design, to counter the Prius, which has undergone a radical redesign and is now much sportier than previous generations.

The hybrid powertrain consists of a 1.6-liter 4-cylinder engine, delivering 105 horsepower and 108 lb-ft of torque. It works together with an electric motor that generates an additional 43 horsepower, for a total of 149 hp and 195 lb-ft of torque.

The powertrain is paired to a six-speed dual-clutch transmission, whereas the high-performance lithium-ion polymer battery – which Hyundai claims can be recharged much faster than a nickel metal battery – situated below the rear seat.

On the performance front, though, the Ioniq is far from impressive. Even though it has a nice aerodynamic shape, resulting in a great drag coefficient of 0.24, this hybrid does not offer a very exciting ride, with a 0-60 mph of just over 10 seconds. However, speed and acceleration are not the most important aspects consumers look for in a hybrid, so this might not be too big of an issue for the Ioniq.

If Hyundai wants to give the Ioniq an edge over the Prius, then it must be in the fuel economy front. While the automaker hasn’t said anything about the Ioniq’s mileage, a report by Reuters states that it should get somewhere around 57 mpg in the U.S. Hyundai says that the car will be able to drive in electric mode at speeds of up to 75 mph, which does increase its appeal.

It remains to be seen whether the Ioniq will be able to take a large chunk of Toyota’s share in the hybrid market, but it seems that Hyundai’s hybrid will at least have a good fighting chance. The Ioniq goes on sale later this year.