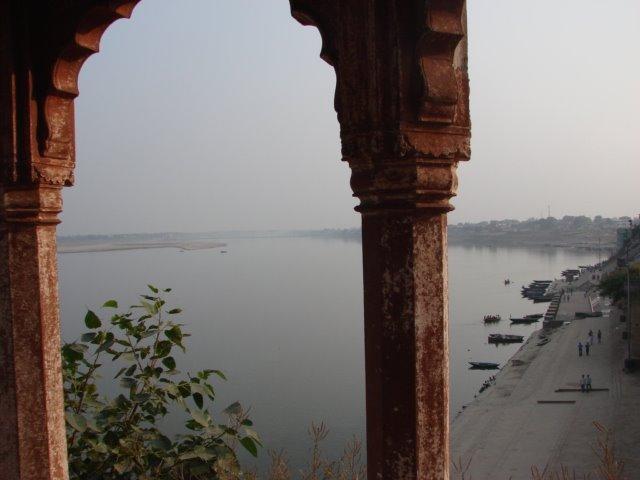 Sometimes we see something which we never experience before and that moment shock us. We tell spicy stories to friends, try to share or spread knowledge in others.

What if you face something which you can’t share, tell or discuss?

What do we do than?

I am sure about readers would understand what Iam going to say, nevertheless keeping within me would not do any good too.

So thought to try once…

I was at Dashashwamedh Ghat in Varanasi (arguably the oldest city in the world) the city of Lord shiva. It was a peaceful maroon evening, everything seemed blood red except him. A giant man with fether white dhoti and gamcha onhis shoulders performing evening prayers to river Ganges. He was lost deep into his shlokas and murmerings as he was talking to the all mighty. I somehow connected with him and lost my senses when he opened his eyes and absorbed me into him. I felt weightless breathless, mindless.

There was an everending way in front I was moving with a swift of say 200 km per/hour. Everything became senseless, there was me and peace nothing else. And this man was just in front of me I could see him but only with my eyes. Al of a sudden a micro second I looked at mother Ganges turned back and there was no one there.

I never got the answer what happened that evening?

Who was that man?

What was his purpose?

Was that just a mental stage I went through?

Or Do we attain something extra when we reach some places, people and stages?

If you have an opinion, thought or questions please get back on writer4014@gmail.com