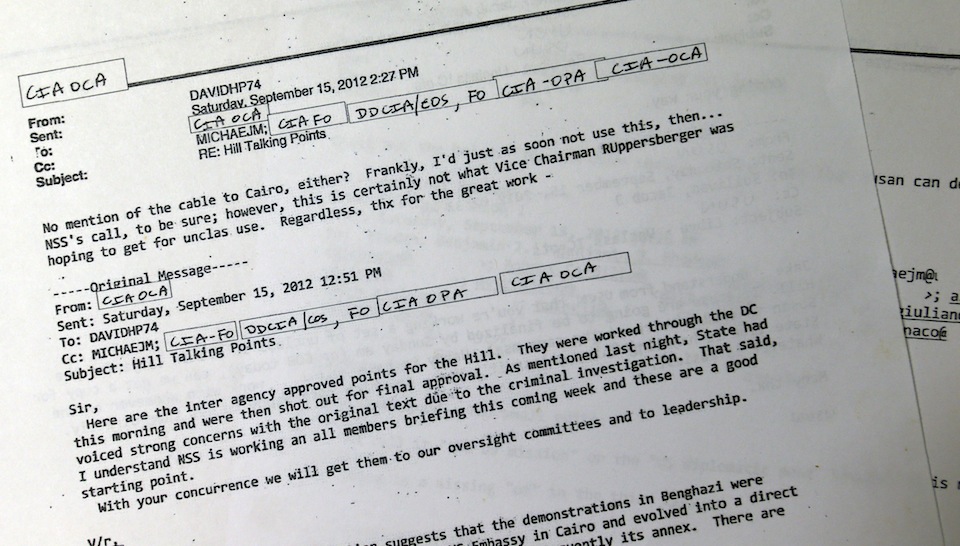 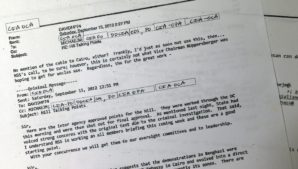 Email from then-CIA Director (David Petraeus) among the 99 pages of emails regarding Benghazi released by the White House Wednesday, May 15, 2013. Petraeus objected to the final talking points that U.N. Ambassador Susan Rice used five days after the deadly assault on a U.S. diplomatic post in Benghazi, Libya.

Filed under: News, Politics
Share Tweet Pin G Plus Email
previous article: NC will emerge as a strong force in 2014:Dudha
next article: Culture is the identity of nations: Lone