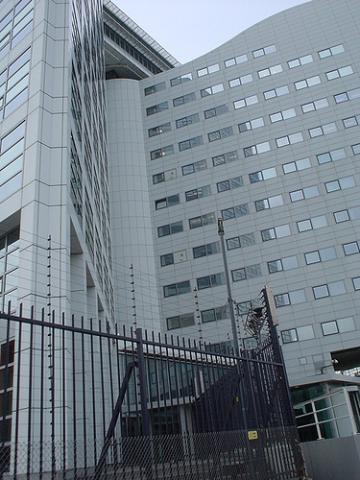 “We are very, very, very happy,” said Yves Jean Bosco Batechi from the North Kivu village of Matanda as he celebrated the news that the rebels waging war on the Congolese army have apparently made peace with the government.

Less happy about the recent developments in eastern Congo are prosecutors at the International Criminal Court, ICC, in The Hague. It was ICC indictee and fugitive Bosco Ntaganda who announced the peace deal during a press conference last week, at which he said he would join forces with the government to fight a rival Rwandan milita.

Accused by the ICC of recruiting child soldiers and wanted in The Hague, Ntaganda was earlier this month pictured shaking hands with a senior government minister who thanked him for his contribution to the peace process.

The government called in the ICC in 2004 and is responsible for arresting Ntaganda, but analysts say that seems unlikely to happen. The new leader of the rebel National Congress for the Defense of the People, CNDP, militia group has been highly visible in recent days, spending most of his time at a top Goma hotel where he meets with journalists and diplomats.

“At the moment there are no indications the Congolese government are prepared at all to arrest Ntaganda,” said Anneke van Woudenberg from Human Rights Watch.

With no police force of its own, the ICC has struggled to execute many of its warrants, with indictees from Uganda and Sudan also proving elusive.

Prosecutors accuse Ntaganda of enlisting and conscripting children under the age of 15 to fight in the Ituri conflict in northeastern Congo. He is alleged to have worked closely with Union of Congolese Patriots, UPC, leader Thomas Lubanga who is currently on trial in The Hague on the same charges.

Until recently, Ntaganda was CNDP chief of staff under Laurent Nkunda but apparently ousted his former boss in a coup. Nkunda was subsequently arrested in Rwanda where he remains. Congo is demanding he be extradited.

As new CNDP leader, Ntaganda quickly announced he was joining forces with the Congolese and Rwandan armies to drive out the Democratic Forces for the Liberation of Rwanda, FDLR, a Hutu militia group of Rwandan origin which crossed into Congo after the genocide.

“Ntaganda has emerged as winner of the dispute between himself and Nkunda and is now in effect in partnership with the Congolese government and the Rwandan government in military operations against the FDLR,” said van Woudenberg.

Conflict has been raging in North Kivu for years, claiming thousands of lives and displacing hundreds of thousands. Human Rights Watch and others accuse the CNDP of committing atrocities in North Kivu including recent killings in the village of Kiwanja. As chief of staff it was Ntaganda who allegedly planned the rebel group’s military campaign.

Van Woudenberg thinks the Congolese government is putting its desire for peace ahead of its duty to the ICC. As a signatory of the Rome Statute, Congo is obliged to hand over those wanted by the court.

That is a view, not surprisingly, shared by the court.

“Bosco Ntaganda should be arrested at the earliest possible occasion and transferred to The Hague. The [office of the prosecutor] will continue efforts to galvanise his arrest and is in contact with all the actors in the region,” said the ICC’s Beatrice Le Fraper in a written statement for IWPR.

She declined to say whether the ICC had been in recent contact with the Congolese government about Ntaganda or if the court had spoken to the United Nations Mission in the Congo, MONUC, about making the arrest.

The Congolese government has also been silent on the issue of Ntaganda’s arrest. Interior minister Celestin Mbuyu declined to comment at his recent press conference with Ntaganda. Instead he praised the rebel leader.

“I have to thank you and your colonels for having taken a courageous decision as Congolese. You are conscious that your brothers and sisters are suffering in the bush and forest that you decided to alleviate their suffering,” he said.

“I promise you that the government is going to do the best so that you can work hand in hand with us to develop our country.”

Ntaganda has promised to integrate his CNDP soldiers into the Congolese army and join in with the Congolese-Rwandan military action against the FDLR.

Barriers separating the front lines have been dismantled and residents allowed to move freely again.

The day after the CNDP declared peace, rival militia the Congolese Patriotic Resistance, PARECO, said it would also stop fighting. PARECO had accused the CNDP of collaborating with Rwanda while the CNDP in turn said PARECO supported the FDLR.

The deal was sealed at a meeting between Ntaganda, his Congolese army counterpart General Vainqueur Mayala and Pie Mugabo, a senior PARECO representative.

“As the CNDP has decided to join the government, there is no more reason for us to continue [fighting]. We have also decided to submit our forces at the disposal of the government for their integration in the national army,” said Sendugu Museveni, PARECO’s president.

North Kivu residents reacted with joy to the news that the fighting could be over.

“War is not a good thing. Three of my relatives were killed in these conflicts and houses were destroyed. Most of our relatives are starving in IDP camps. I am very happy because my parents and my relatives will come back home and start living with us and our children as was the case in the past,” Batechi told IWPR.

Another said they were glad the CNDP would no longer be exacting taxes from travellers passing their front lines. “I have no words to express my joy. People from Sake to Masisi had to get fuel out of their motorbikes or cars and give it to rebels. We were also asked to pay money at each roadblock,” said Baeni from the town of Sake.

However, he worries that this peace process – like so many before – won’t last. “In this country people sign agreements in the morning and at noon, the signature is forgotten. Let’s wait two or three weeks and see what happens,” he said.

Jacques Kahorha is an IWPR contributor in Goma. Lisa Clifford is the international justice/ICC project manager.

This article was originally published by the Institute for War and Peace Reporting.