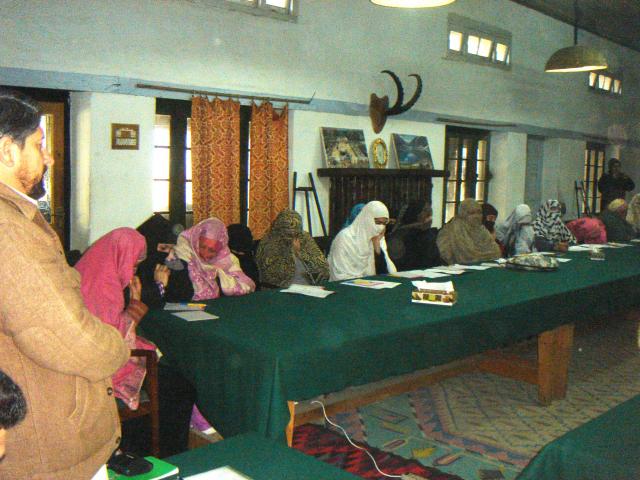 ON day workshop on 2nd Dialogue on Enhancing employability and leadership in Youth (EELY) was held for small organizations.

CHITRAL: A day long second dialogue on Enhancing Employability and Leadership in Youth (EELY) was held in a local hotel for members of different village organizations, women organizations and youth organizations. The workshop was conducted by Integrated Chitral Development Program (IDCP) in collaboration of Aga Khan Rural Support Program (AKRSP). Rahmat Ghafoor Baig Chairman of ICDP welcome to all stakeholders and briefed the participants about the aim and objectives of this workshop and about  Local Support Organization. He said that this is a series of our workshops that how we can motivate our youth towards leadership and employability. He said that youth of upper and lower Chitral are more active but from town area they are very weak and we want to eradicate their hesitation. Fazal Malik Manager Leadership program of AKRSP briefed the youth in his speech that normally young generation was being ignoring in past despite the fact that they comprising over 64% of our total population and that is why the federal government established a new ministry of youth affairs to recognize and patronize talent of young generation. He said that due to some discrimination youth sometime frustrated and involve in anti activities and social evils but we want to convert their thoughts and talent towards positive and productive engagements. So as to promote them as useful citizen of the society.

To provide a guideline and train them they distributed the stakeholders in 3 groups to work on 3 issues. Group one was given the task to prepare a presentation on Youth Leadership and Development, group 2 on employable opportunity, and group 3 prepare their plan and presentation on skill development. Addressing on the occasion district Khateeb Maulana Fazal Maula said that Islam never oppose of modern education and development and Allah Almighty like strong Muslims as comparative than poor one. We should not to follow western agenda but Quran is a complete code of conduct and ethics of all sectors of daily life. He said that developmental plan was founded by Muslims scholars but later on it was ignored by them and was adopted by Western nations. He said that Islam never hurdles in the way of development.  Hidayatullah chairman of Regional Organization for Support of Education stressed upon the youth to must come forward and achieve the highest target of development. He quoted senseless policy of Muslims rulers that in 1600 AD Shah Jihan constructed shrine of his wife as Taj Mahal but in the same century Edward King of established whose student’s later on occupied Muslim regime at sub continent. Stake holders selected different themes in their group working and briefed the participation in their presentations. The session was ended with the praying words of Major retired Qazi Ahmad Saeed.