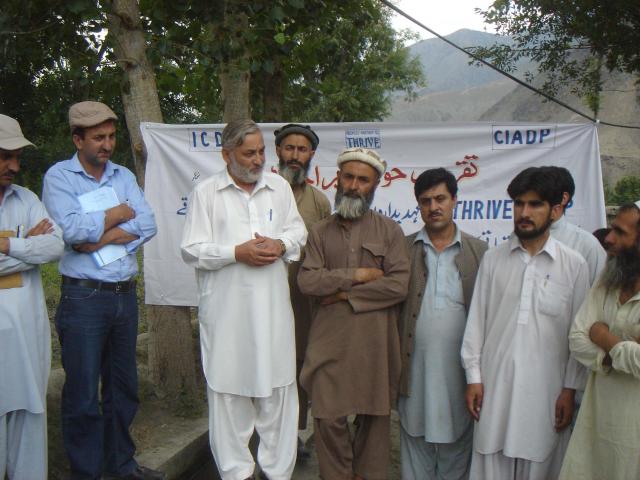 CHITRAL:  Different developmental Schemes like protection bund, irrigation channel, link roads, potable drinking water supply pavement of streets, were completed by Integrated Chitral Development Program (CIDP) with the financial support of Chitral Integrated Area Development Program (CIADP) funding by Netherland and Norwegian government. Protection Bund for protection of DCO House and office was completed at Jang Bazar in Chitral goal nulla with 0.875 million as a result Jang Bazar area were protected from flood. The second mega scheme was completed at Goldor of protection bund on population side on the bank of Chtralgoal nullah with a cost of 1.97 million. Irrigation channel and link road was completed in Faizabad Hoon were irrigation water was wasting causing for damaging and erosion of road. After completion of this scheme not only water was saved from wastage but the road was also protected the scheme completed with a cost of 3.35 million cost. a local beneficiary said that after completion of this irrigation channel their harvesting and crops production will be increased causing for brining positive economically changes in the live of local people.  Similary in Shiaqotak protection bund was completed with a cost of 1.39 million as a result the whole population would be save from tremendous flood. Hundred of beneficiaries were benefited by these schemes.  These schemes were properly handed over to local community for ownership of the schemes and    long term and durable and sustainable development. Addressing on the occasion Manager Sher Aga thanked Netherland and Norwegian government who spending a huge amount for development of Chitral He said that these countries donating  their money collecting from their taxes and donate it for uplifting of Chitral. He also thanked Thrive and CIADP for their financial support. Besides him Shujat Ali Khan stressed upon the local community that now these schemes are their own schemes and this is their responsibility to protect them and play role in its survival.  Total cost of these schemes is 13.31 million.
G.H. Farooqi C/O Manager bank Islami Main branch Chitral phone No 0943-320737, 0943-316052, 0943-414418  , 03025989602, 03337069572, 03159698446, 03469002167
email: gulhamad@gmail.com
Filed under: Politics, World
Share Tweet Pin G Plus Email
previous article: Omar highlights sacrifice of Police Martyrs
next article: GM will go bankrupt again!