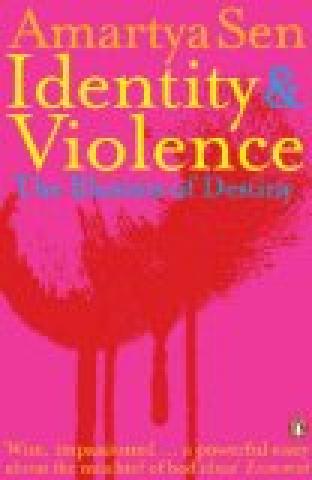 Amartya Sen’s book, “Identity and Violence’ examines the unfortunate connection between violence and our tendency to identify with one key trait — our ethnicity, or religion, for example — to the exclusion of all others. Sen argues that we can combat this tendency by rejecting this narrowly defined, limited sense of identity, and embracing a broader, richer and more complex understanding of ourselves.

Speaking of his own identities, he says:

" I can be, at the same time, an Asian, a British citizen, a Bengali with Bangladeshi ancestry, an American or British resident, an economist, a dabbler in philosophy, an author, a Sanskritist, a strong believer in secularism and democracy, a man, a feminist, a heterosexual, a defender of gay and lesbian rights, with a nonreligious lifestyle, from a Hindu background, a non-Brahmin…This is just a small sample of diverse categories to each of which I may simultaneously belong. "

He bemoans our predisposition to separate human kind into many different boxes – he cites Samuel Huntington and his Clash of Civilizations stereo types. Huntington of course contrasts Western civilization with "Islamic civilization," "Hindu civilization," "Buddhist civilization," and so on. The supposed conflicts of religious differences are incorporated into a sharply fractured vision of hard-boiled divisiveness. In fact, of course, the people of the world can be pigeonholed according to many other subsets, each of which has some—often far-reaching— importance in our lives: nationalities, locations, classes, occupations, social status, languages, politics, and many others. While religious groupings have received much expression in recent years, they cannot be supposed to eliminate other characteristics. Amartya Sen contends that our society is driven as much by confusion as by hatred. Challenging the division of people by race, religion, and class, he presents an alternate understanding of a world that can be made to move toward peace as firmly as it has spiralled in recent years toward brutality and war.

Sen also notes the inclination to create a random -often historically inaccurate- identity of the self in order to distinguish it from the other. Here he criticizes the idea of the Western mind whereby certain ideas (e.g., democracy) are claimed to be the sole property of the Occident. Citing examples of Buddhist councils during the reign of Emperor Ashoka (3rd Century BC) and tracts on religious freedom during that of the Mughal Emperor Akbar (16th Century AD), Sen attempts to demonstrate how such an identity can be quickly disputed.

A lot of the book is preoccupied with the Muslim identity because much of the attention is directed towards the perception and understanding of this identity in the world. Moreover, much that is valuable in the Western civilisation is a legacy of Muslim as well of other, such as the ancient Hindu, civilisations. In other words, watertight compartments between civilisations are historically unsustainable. And, of course, people themselves are blends of several civilisations so that it is not correct to assume that there is such a thing as a uniform, homogenous, monolithic Muslim civilisation.

But is it really possible to fix the responsibility for all the violence that we witness today on the failure of people to recognize the various identities of others? Would that not be as naive an attitude to take towards the occurrence of violence as the perpetrators of aggression take towards identity? How are identities really shaped and very importantly how are they correlated to more concrete, real-life processes that go on in the world? Again, while it is true that everyone has multiple identities what compels one person to prioritize one of these many identities over all others? That is for us, the readers to figure