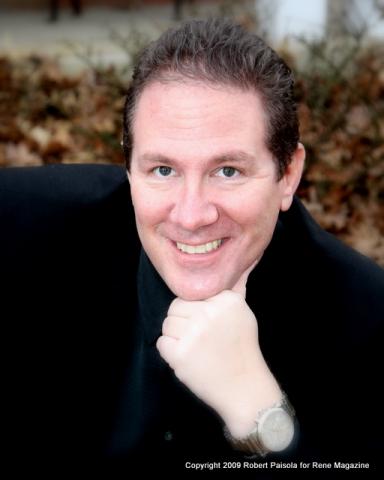 If We Didn’t Build it, They Wouldn’t Come: Citizen Journalism is Discovered – The Harsh Reality of the New World Media, By Robert Paisola

Over the past two years, the way in which American’s receive their news has changed. No longer does the father come home, kick off his shoes, and read the day’s events in the local newspaper such as THE NEWARK ADVOCATE, A Gannett Publication, based in Newark, Ohio.

As a matter of fact, Forbes Magazine did a story late last year that received national attention that was entitled:

Forbes Magazine states that "The slide in U.S. newspaper circulation is picking up speed"

Among other top papers, the numbers looked far worse. The New York Times, the third-largest newspaper, which is facing stiffer competition from the Journal, saw daily circulation slide 3.85% to 1,077,256, while Sunday circulation tumbled 9.3% to 1,476,400.

The industry’s most pressing problem isn’t the state of print circulation, which has been in decline since the mid-1980s. Instead, it is figuring out how to generate more advertising revenue from both its shrinking but still lucrative print product and its growing online properties.

Still, nothing here should be seen as good news, says Forbes.

So, what does this all mean to YOU, the American Public?

Well, there is only one question that we must ask ourselves. With the advent of the internet and the media statistical data clearly pointing to the fact that we now live in a GOOGLE controlled world, further demonstrated that more Americans are now turning to the web as the first line of contact on all issues, including the ones that we report on this site, such as The Harry Blausey Case in Newark, Ohio; The Rick Koerber Case in Salt Lake City, Utah and the National Olympic Swimming Hero Michael Phelps, who is being berated in North Carolina for his "alleged" incident involving the smoking of an illegal substance, and many others that you will read about on this site.

What is the difference in the way that news is now gathered and how can you create your own forum to simply state what you believe to a worldwide audience.

The days of the daily editorial meeting and "pitch sessions" to Newspaper and Television Editors and Producers are OVER. Why? Because, why they are in their meetings discussing how things SHOULD LOOK in America, there are those of us who are DOING. Do you see the difference?

The issue of Citizen Journalism has become so big that for the first time in history, Bloggers are now being credentialed as official media. They are able to cover International Issues such as The National Democratic and Republican Conventions. These Americans are now being granted full access to organizations such as THE ASSOCIATED PRESS and UNITED PRESS INTERNATIONAL. Many case studies have proven that Americans want firsthand accounts on stories, detailed on site investigations that are not biased and real honest factual data…. and they would rather get it from their peers than from an "Executive Team" at a large news organization.

Most all of the major news organizations around the world now have entire units that deal with the acceptance and deliverance of CITIZEN JOURNALISM to the masses. CNN established a site located at www.ireport.com where individual citizens can partner with the "Worlds News Leader" to deliver content for broadcast to an international Audience. MSNBC has a site located at http://www.msnbc.msn.com/id/6639760/ that gives the VIEWER the chance to now BECOME the story and to PARTICIPATE.

Recently we covered the Republican National Convention for CNN I REPORT. CNN had a "Kick Off" party at the OMNI hotel in Atlanta, Georgia in February where they passed out CNN Credentials and told the audience in attendance that "the power is now in your hands"

According to Turner Broadcasting, In 2008, CNN.com took a "bold step" with the launch of iReport.com, CNN’s user-generated news community. From its February launch through the end of 2008, the site registered more than 214,000 iReport.com contributors and received more than 188,000 photo and video submissions (Source: CNN/iReport Internal Database). According to Nielsen Online, iReport.com averaged 2.5 million unique visitors, 9.6 million page views and 10.1 million total minutes per month in 2008.

This gave many Americans a worldwide forum, and established the framework for what would soon become the norm. Reporters such as myself, Robert Paisola and my Company Western Capital Multimedia, immediately saw this as an opportunity to reach a worldwide audience, however we had to quickly make the decision of whether we would simply provide basic "camera phone reporting" or would we simply "Go for it" and dedicate ourselves to creating the best caliber content possible. We choose to invest over $100,000.00 in High Definition Video, Sound, Lighting, Editing and Software to give us the opportunity to submit instant and live news reports to CNN, but many other news organizations around the world. Has this investment paid off? Absolutely!

Because of this decision, we have now created an entire unit of our company that deals with international media issues. We have a press officer that deals with the media who are swarming to seek our assistance in covering stories. We have hired programmers, editors and writers. Why? Because it makes financial sense.

We deal with organizations around the world that are in desperate need of content. We follow the Requests posted by the sites of what kind of stories they want. CNN has an entire section on News that they are requesting coverage on.

At the end of the day, the investment we make in our broadcasting facilities pays off. Our company ends up with VERY VALUABLE NEWS FOOTAGE that we own outright. We create the content, the media around the world reviews the data, and in many cases, SUBSTANTIAL money can be made from the video, digital data, digital photographs and news stories that are provided. AND we still own the content. In case you are interested, our agent is Maxton Sparks in Australia, and they do the heavy lifting in dealing with the media around the world that want our product.

Do you NOW SEE My Friends HOW THE WORLD IS CHANGING!

Wikipedia states that "According to Jay Rosen, citizen journalists "the people formerly known as the audience," who "were on the receiving end of a media system that ran one way, in a broadcasting pattern, with high entry fees and a few firms competing to speak very loudly while the rest of the population listened in isolation from one another— and who today are not in a situation like that at all. … The people formerly known as the audience are simply the public made realer, less fictional, more able, less predictable."

"Doing citizen journalism right means crafting a crew of correspondents who are typically excluded from or misrepresented by local television news: low-income women, minorities and youth — the very demographic and lifestyle groups who have little access to the media and that advertisers don’t want," says Robert Huesca, an associate professor of communication at Trinity University in San Antonio, Texas.

Public Journalism is now being explored via new media such as the use of mobile phones. Mobile phones have the potential to transform reporting and places the power of reporting in the hands of the public. Mobile telephony provides low-cost options for people to set up news operations. One small organization providing mobile news and exploring public journalism is Jasmine News in Sri Lanka.

In 2004, when the 9.1-magnitude underwater earthquake caused a huge tsunami in Banda Aceh Indonesia, news footage from many people who experienced the tsunami was widely broadcast.

Dan Gillmor, former technology columnist with the San Jose Mercury News, is one of the foremost proponents of citizen journalism, and founded a nonprofit, the Center for Citizen Media, to help promote it. The Canadian Broadcasting Corporation’s French-language television network has also organized a weekly public affairs program called, "5 sur 5", which has been organizing and promoting citizen-based journalism since 2001. On the program, viewers submit questions on a wide variety of topics, and they, accompanied by staff journalists, get to interview experts to obtain answers to their questions.

Jay Rosen, a journalism professor at New York University, was one of public journalism’s earliest proponents. From 1993 to 1997, he directed the Project on Public Life and the Press, funded by the Knight Foundation and housed at NYU. He also currently runs the PressThink weblog.

So, now ask yourself if YOU CAN SEE the power that you have inside you. Do you see the power of YOUR VOICE in America?

Do you notice the RESULTS of the cases that we cover? Do you notice how quickly our stories are broadcast around the globe? This is no accident. This is how it is. There is no turning back, and you can rest assured that our organization, with its strong international media alliances will continue to do what others have FAILED or REFUSED to do, and that is to provide you with REAL DATA, REAL RECORDED CONVERSATIONS, REAL VIDEO FEEDS and DIRECT ACCESS to the policy makers in America, as we cover cases of injustice such as the HARRY BLAUSEY case in Newark, Ohio. We do not need, nor seek the enforcement of Russ Zimmer, the reporter at the Gannet Owned Newark Advocate who covered the Harry Blausey trial; who when asked for comment on his 63 stories he had written on the topic, simply said "please refer to my stories, I have no comment"

Interesting. We will bring you more on that later.

This is our commitment to you… No matter what the cost.

Reporting from Salt Lake City, Utah
This is Robert Paisola for The Western Capital Multimedia Network
Copyright 2009 – ALL RIGHTS RESERVED

Filed under: Media & Tech, Politics
Share Tweet Pin G Plus Email
previous article: A Village for Sale at 22 million pound-sterling
next article: Merry Christmas,Go Ahead and Repo My Car, “We Got Barack Obama” Posted by Robert Paisola