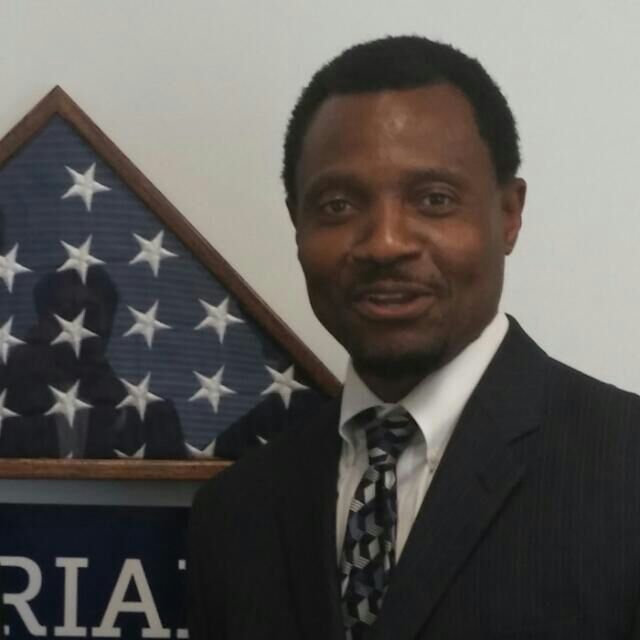 The rising of influential and global leaders of Igbo descent of Nigeria around the world from America to Europe and Russia is giving rise to an emerging IGBO Renaissance and The making of Igbo Global Leaders  around the world.

Umunna is a British MP of Nigerian heritage. He was born 17 October 1978 in London to Nigerian father of the Igbo ethnic group and Irish mother.   In 2010 Umunna was elected parliamentarian, representing Streatham constituency on the platform of the Labour Party.
Umunna who is popularly known as “UK Obama,” schooled at Hitherfield Primary School inStreatham, South London, and Christ Church Primary School in Brixton Hill. Umunna attended University of Manchester; where he received an upper second class LLB in English and French Law. He later received MA at Nottingham Law School, University of Burgundy in Dijon. Before his political career, he wrote articles for Financial Times, Tribune, The Voice, The Guardian and the New Statesman, and later lunched the online political magazine, The Multicultural Politic. He made frequent commentary on British televisions and radios. Earlier this year (2015), Umunna made history by moving an inch in becoming the first black prime minister of Britain. He put  forward his name to contest for Labour Party of Britain. He later rescinded the move but at the tender age of 38 years he has many more years to try again.

In the vast 1.5 to 2 million Nigerian-American Diaspora population, Mbonu’s name recognition is among the top 5 in the US, pursuant to his frequent appearances on US national and international TV networks.  As the next generation of Nigerian leadership prepares to take charge of 21st century Nigeria, persons like Mbonu should be expected to play critical roles in a renewed Nigeria.

Mbonu burst into the Nigerian-American scene when he was appointed a Commissioner in the State of Maryland, shortly after attending American University, and graduating with a JD-Law from the District of Columbia School of Law, Washington, DC.  However, his career in public service actually started before then.  He was first elected Student Senator at Washington’s District of Columbia School of law; being the first African Immigrant to be elected to the coveted law school Senate seat. Post-law school, Mbonu was appointed a Commissioner (Housing & Community Development), in Prince George’s, Maryland.  Prince George’s Maryland, is a sprawling suburb of Washington DC, and the wealthiest African American majority county in the US.  In Maryland, Mbonu distinguished himself at a time the jurisdiction was host to the largest, costliest, multifaceted development in the US East Coast—the $1 billion Washington National Harbor.  As a Commissioner for Housing & Community Development, from 2002 to 2007, Mbonu was a key official during the largest housing and community development boom in the Washington DC region.  During this era, suburban Maryland featured 100’s of millions in public-private development projects, in metropolitan Washington.

Mbonu tells us that he’s not certain he will consider a future opportunity for public service in Nigeria.  Nevertheless, we do not know of many modern Nigerian leaders with the 21st century credentials, including unscathed public service, tried and tested in the US public service environment, like Mbonu.  Mbonu should be included among the future leaders of Nigeria

Chi Onwurah is a British of Nigerian ancestry, who was elected on the platform of the Labour Party in Newcastle Central seat in the year 2010. Just like Chuka Umunna, she is biracial with an Igbo- Nigerian father and English mother. Onwurah was born 12 April 1965  in Wallsend, Newcastle.
“After Chi was born in Wallsend, Newcastle upon Tyne, in 1965, her family moved to Awka,Nigeria when she was still a baby. Just two years later the Biafran Civil War broke out bringing famine with it, forcing her mother to bring the children back to Newcastle, whilst her father stayed on in the Biafran army.” Onwurah obtained her first degree in Electrical Engineering from Imperial College London and subsequently her MBA at Manchester Business School.

“Onyekwere  was born in Nigeria to an Igbo family in 1970. A former Pentecostal minister, he came to Poland as a missionary in 1993. He has been a Polish citizen since 2001. He lives in Łódź with his wife and four children. He holds a doctorate in political science from the University of Warsaw, and has studied in Nigeria, Poland and the United States. Godson has lectured at many prestigious Polish universities. In 2010 he became a member of Poland’s parliament. From 2004 to 2013, he was a member of Poland’s ruling party, Civic Platform, and belonged to the party’s socially conservative, pro-free market wing. He left the party citing ideological differences, and together with Member of Parliament Jacek Żalek and Poland’s former Minister of Justice Jarosław Gowin is creating a new Polish social movement devoted to promoting free market reforms and defending traditional values.” (by FILIP MAZURCZAK)

Nkeiruka Ezekh  was born in Moscow, Russia, to an Igbo-Nigerian father and Russian mother in October 17, 1983. She is a practicing software Engineer and studied Engineering, Information Technology at Moscow Aviation Institute, Russia and 1997 she took up curling in Moscow on the recommendation of one of her mother’s friend.
In describing herself she said, “I’m an ordinary Russian girl… with a few added features. My dad was Nigerian; he studied at Moscow State University. He met my mum, who was an engineering student, at a party. Between them, a romance grew up; I really don’t know the details of it all. When I wasn’t even a year old, my father received his diploma and returned to Nigeria, and my mother didn’t go with him because she had to care for me. Soon afterwards, we lost contact with him. Later, when we moved into a new apartment, we sent him a letter, but we received no reply. Apparently, he also changed his address. I’ve never been to Africa. True, my mother and I holidayed in the Canary Islands, which are near Africa, but, besides that, the closest I‘ve been is in Italy. Previously, I wanted to communicate with my father, but now, he’s probably lost for good. I never really lived with him, and I don’t remember him. There was only a picture on the piano of when I was baptised… a lot of people, many of them were Africans, too, students, like my dad.”
Nkeiruka Ezekh  was later awarded the title of Honoured Master of Sport in Russia and she had won several gold medals in  the Curling European Championship competitions. She is a proud and patriotic Russian and enamored of her Igbo and African heritage.

Dr. Ifeanyi Okowa is the incumbent Governor of Delta State. “He was inaugurated as Governor on 29 May 2015 after winning the state elections conducted in April 2015. Before his Governorship, he was elected Senator for Delta North, in Delta State, Nigeria, in the April 2011 national elections. He ran on the People’s Democratic Party (PDP) platform. He is from  Owa-Alero in Delta State, Nigeria. He is also the first person from  Aniomato clinch the governorship position of Delta State.”

Ken Olisa an Igbo- British is a banker, business executive and philanthropist has been officially named the most powerful black person in Britain.

According to The Telegraph, “The 63-year old was the first British born Igbo man to serve on the board of a public company (Reuters), has his own merchant bank (Restoration Partners), and a library named after him at his Cambridge alma mater (Fitzwilliam).”

“He is a keen philanthropist (the library came after a £2 million donation), a former governor of the Peabody Trust, a chair of not one but two charities (Thames Reach, which deals with the homeless, and Shaw Trust, which helps the disabled), and is on the board of the Institute of Directors.

And as if all of that weren’t enough, in April, he was made Lord Lieutenant of London, appointed by the Queen on the advice of the Prime Minister. The title gives him an office in Whitehall, a staff of 90, and puts him in charge of all visits made by the royal family within the city – with him even standing in for them on occasion,” The Telegraph concluded.