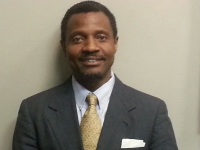 The value and worth of a currency is determined by the wealth of a nation.  In this era of global capitalism, a wealth of nation goes beyond the conventional valuation based on the natural and human resources.  A nation’s image, perception, security and stability also played an important role in the determination of a nation’s wealth. Therefore currency and its value become the bellwether and principal indicator of the economic status and financial wellbeing of a given nation.

A wealth of a nation consist of its currency backed by the size of the economy (GDP) which includes of course the natural and human capital, credit worthiness and the debt of a nation.

International Monetary Fund (IMF) an international elite organization is empowered by the member nations to be advisory regulatory of the financial wellbeing of the global market economy.  In this case IMF becomes a watchdog to the financial and economic standing of nations, more or a less a financial policeman that can bark but sometimes it can also bite.

The later became functional and operational when a nation seeks the aid of the Brentwood institute for a financial counsel and credit due to economic hardship. In this case a nation invites the financial entity and it will come and rearrange the financial house before it accept to help the host. Sometimes IMF can interject without invitation on the grounds of doing public good and protecting the world from financial and economic pandemonium that comes with great recession and sometimes depression.

Never for one second believes and accepts the propagated notion that IMF is just only a financial institution devoid of politics, the whole truth is that IMF is also a political institution. Political economy is bedrock of economic evaluation and determination of a nation’s wealth. Advanced nations have more clout before IMF more than developing nations of south of the hemisphere especially countries of Africa.

IMF bureaucrats can prescribe some conditions and criteria to African member nations and the implementation may cause unforeseen hardship but those policies will not be accepted by the more powerful economies of northern hemisphere. The less developed nations bear the brunt of IMF overwhelming control and intimidation.

With this in mind, let’s reflect on Africa of 1980s that ran to IMF for financial bailout due to economic hardship and a laden-back breaking foreign debt caused by herculean mismanagement and corruption. Those were days of capital flights, military coups and political instabilities in Africa. The African dictators asked for credits from international financial institutions but they were directed to go through IMF.

The ramifications of the emitted IMF’s austerity measures that come with currency devaluation on African nations brought economic collapse of the continent. There were massive unemployment and brain drains that decimated African economic outlook and prospect. Prices of essential commodities rose beyond the affordability of an average African.

African producers and manufacturers import most of their raw materials with devalued currency and subsequently higher price of dollar makes it impossible to continue production. Literally and figuratively Africa was in mundane hell endowed with higher and rising inflation. The prices of cash crops produced by African countries nosedived because they were instructed to devalue their respective currencies. The once respected and dominant naira was so devalued that many companies went bankrupt with red financial balance sheet. These were the prescriptions given to powerless and poor nations of southern hemisphere.

Most African nations were not producing arrays of materials and commodities for export but rely on one or two cash crops for making of small foreign exchange and these nations are receptors of donations from abroad donors to balance their budgets. Therefore what is the meaning and logic behind devaluing their already weak currencies that were streamlined by inflation and political instability?

The connected and acceptable African economists and government bureaucrats who were anointed by IMF elites were the mouth piece of the goodness of currency devaluation and austerity measures. The government was asked to reject welfare state, therefore to cut down on spending and to remove subsidies from the essential commodities that the poor needed for survival.

The IMF Ivy league elites and their puppets have no meat in what is happening to Africa, it is all about policies and economic theories and experiments on Africans. Our leaders were intimidated to challenge those unproven economic theories; moreover African dictators do not want to rock the boat and asked about their democratic credentials.  Can IMF point to any success story that came out of Africa as a result of their economic and financial pills it prescribed to Africa?

Then comes Nigeria of 1980s, she has no business asking for help from IMF but she did and she paid dearly for it. Nigeria in 1980s could not acquire credit lines for international transactions due to her weakness in serving her debts and foreign obligations. Nigeria an oil-rich nation has no reason to fall behind in her financial obligations and payments of her foreign debts. But inertia, mismanagement and corruption had claimed a large chunk of her operational and financial integrity.

There is no logic to that, Nigeria’s currency has already been steadily diminished by the rising inflation, market forces and further devaluation is contrary to a sound economic judgment.”

Mr. Chiakwelu noted that, “IMF should be in business of enhancing an economy by giving logical counsel not by depreciating methodology that goes contrary to prudent decisions. IMF has the power to increase Nigeria’s special drawing rights (SDRs) and including naira into ‘basket of currencies’. Instead IMF chose to play a role that will be increasing the price of foods and raw materials in Nigeria by devaluation of naira. ”

Beware of Trojan horse coming as IMF helping-hand because history has proven that it has severe ramification. What will be the justification for Nigeria to devalue her currency?

The economy is not a wholly export based except crude oil and the economy is not diversified with arrays of manufactured products for export. The logic of devaluation is to induce and increase export by lowering the prices of local manufactured products making them attractive for export. But that is not the case with Nigeria, a mono-product exporting country; crude oil which generates about 90 percent of the country’s foreign exchange is not fit for such a move.

By devaluating naira the price of oil will further nosedive and country’s foreign reserve will dwindle, while the incentive to buy Nigerian fiduciary bonds and securities in international market will depreciate.

To be factual, Nigerian currency naira have already been weakened by rising inflation and market forces as buttressed by the exchange rate at the parallel market. At this point in time the inflationary trend is gradually creeping into the monetary base and naira is gradually but steadily losing its ground. Therefore what is the logic of further devaluating a currency that already have been weaken by rising inflation and by so doing summons and heaps a greater hardship on the majority of Nigerians.

Most of the products and raw materials utilized by producers are mostly imported from abroad. With the devaluation of naira importation and oversea products will become more expensive and out of reach of majority of Nigerians.

Devaluation may discourage importation and foreign products in Nigeria as a result of the subsequent appreciation of foreign currencies notably dollar.  Subsequently, naira will continue to lose its intrinsic value as a medium of exchange. Nigeria not being export driven economy cannot take advantage of devaluation because the economy is not diversified and local production still at the rudimentary stage.

Nigeria industries are still dependent on foreign expertise and raw materials to function. And with further devaluation of naira the scarcity of dollars and pounds will greatly magnify.

The adverse effects of devaluation are humongous and insidious:  Apart from massive unemployment and hyperinflation, the prices of food and essential commodities will be too expensive; beyond the reach of the suffering masses in a nation where 85 percent of the population survived with less than one dollar per day.

Emeka Chiakwelu, Principal Policy Strategist at AFRIPOL. His works have appeared in Wall Street Journal, Huffington Post, Forbes and many other important journals around the world. His writings have also been cited in many economic books, publications and many institutions of higher learning including tag team Harvard Education. Africa Political & Economic Strategic Center (AFRIPOL) is foremost a public policy center whose fundamental objective is to broaden the parameters of public policy debates in Africa. To advocate, promote and encourage free enterprise, democracy, sustainable green environment, human rights, conflict resolutions, transparency and probity in Africa.  info@afripol.org       www.afripol.org