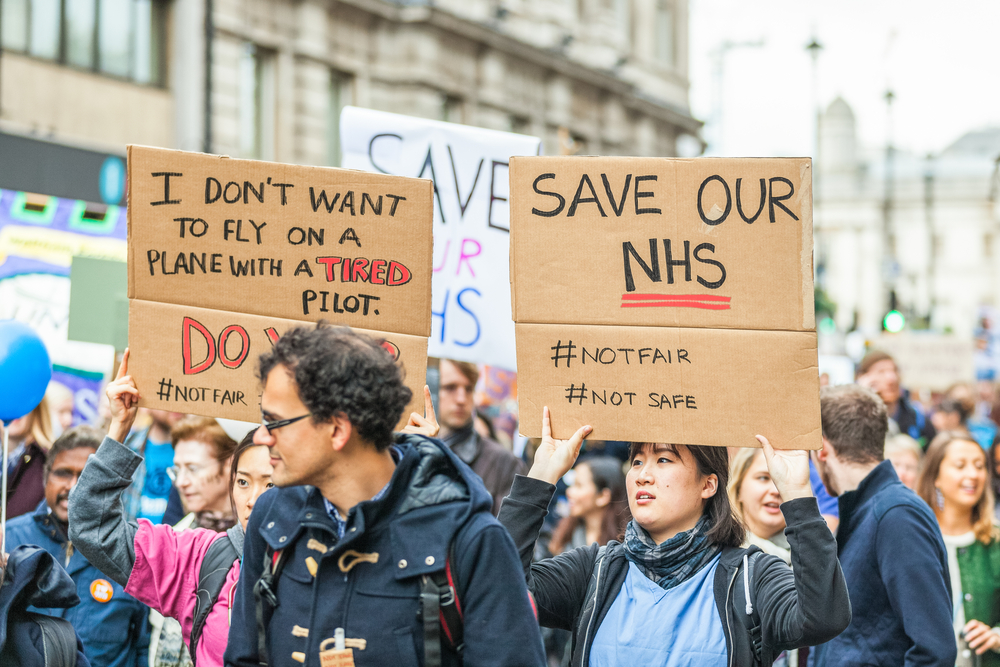 The main argument on Mr Hunt’s plan is making Saturday a normal working day, which would mean junior doctors would be paid less as Saturdays wouldn’t be considered to be unsociable hours.

Even more concerning is the fact there are 55,000 junior doctors in the UK, making up a third of the medical workforce. Any doctor below consultant or GP level is considered a junior doctor. Because of this, the recent strikes included not only newly-qualified doctors, but also many senior staff with the responsibility of junior teams as well as making life and death decisions every day.

The latest strikes, for the first time in the dispute, have also included staff from emergency units, meaning A&E, intensive care and maternity units will walk out too. Due to this, patient care and welfare has been under severe risk.

Hospitals nationwide have been forced to cancel or postpone planned appointments and surgery, while knock-on delays to other routine appointments also effected the NHS. Due to these delays, unnecessary risk of serious injury or even death was put on patients.

When in hospital you are entitled by law to proper care which meets minimum standards of practice. If you believe that the care you or a relative received was negligent or didn’t meet minimum standards and caused unnecessary harm or injury, you may have a medical negligence claim.

It is important to take advice from medical negligence specialists if you believe the hospitals’ duty of care has been breached.